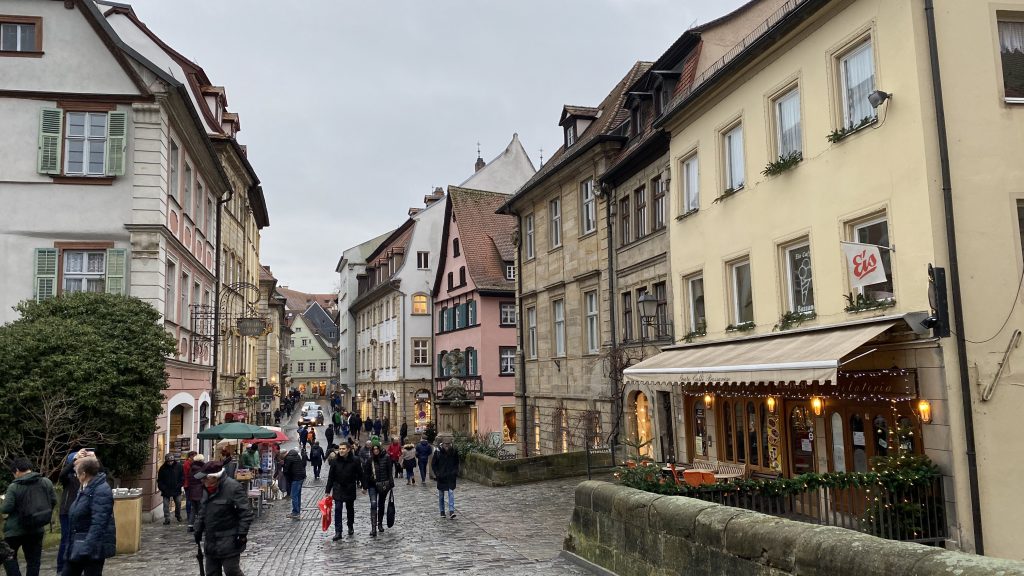 Continuing with the ‘Bayern Local Series’, I’ll move from nature to city and introduce you to lovely Bamberg. Located along the Regnitz River in Upper Franconia (in the northernmost part of Bavaria), the city was first mentioned in writing in 902. Its old town, or Altstadt, has been a UNESCO World Heritage Site since 1993, and when walking through the incredibly well-preserved medieval center, it’s immediately obvious why. This place simply begs to be photographed, and a walk through the streets of the Altstadt can occasionally feel like a trip back in time. 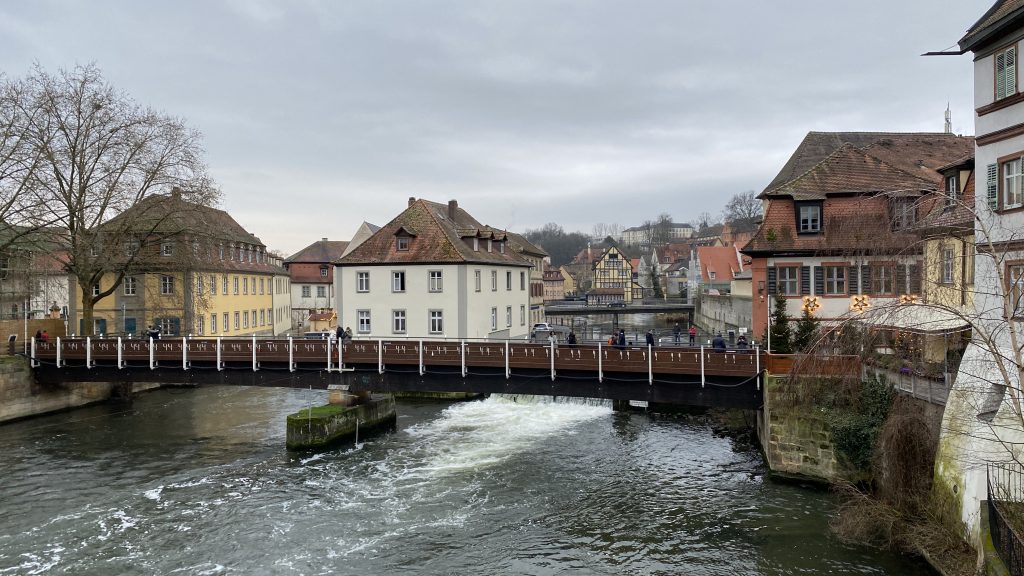 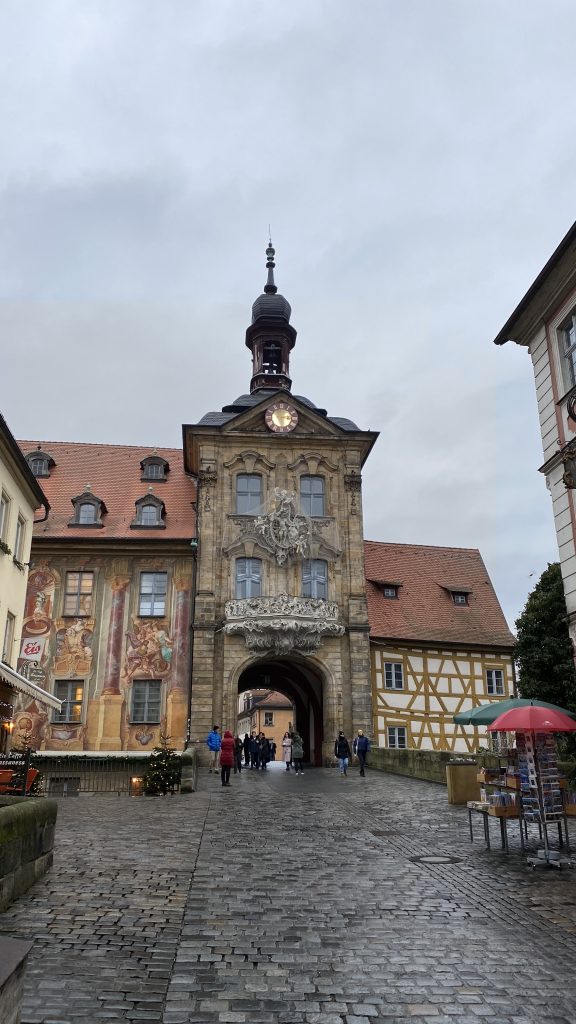 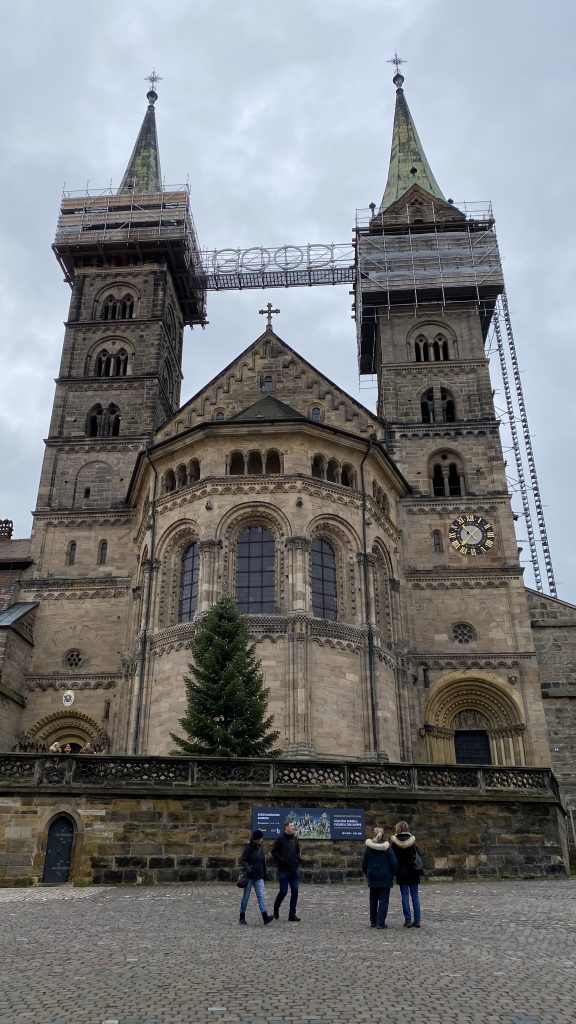 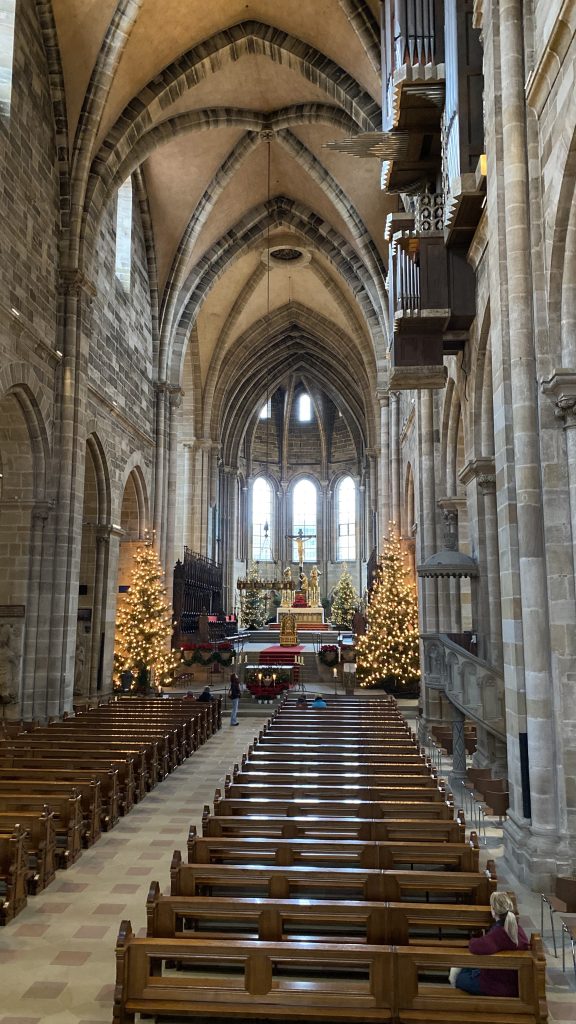 The city is built on seven hills, and is thus often referred to as the “Franconian Rome”. Everywhere you look are beautiful buildings, towers, churches, a cathedral, a monastery and more – Bamberg is a must-see for anyone, but above all for lovers of architecture! The city is also an important center of religious history related to the Holy Roman Empire; it first became a bishopric in 1007, and the Archdiocese of Bamberg is still located there today. 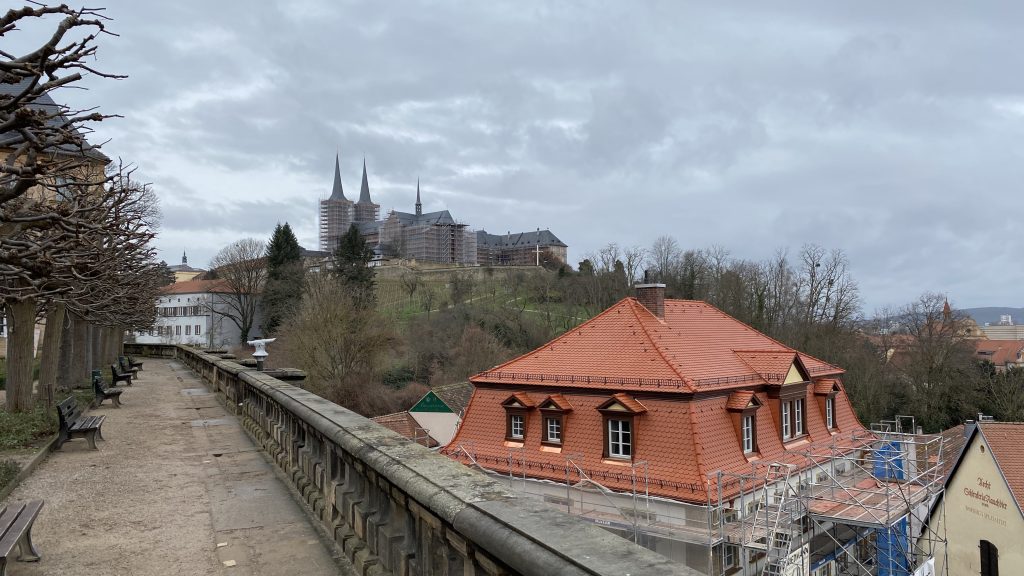 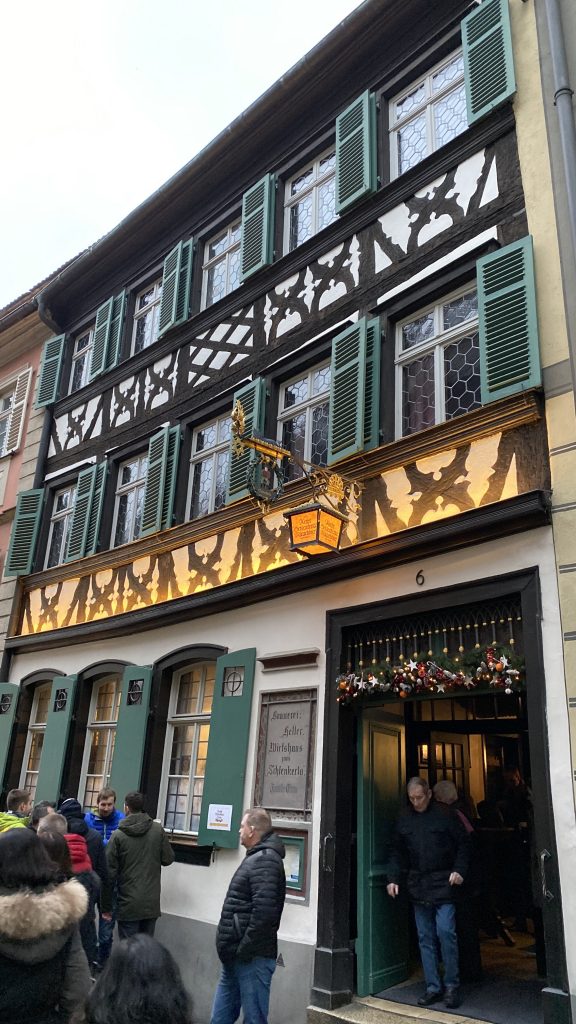 And no description of Bamberg is complete without mentioning the beer! Franconia in general is known for both beer and wine, but Bamberg is particularly famous for its smoked beer (Rauchbier in German). The malt used to brew Rauchbier is dried over an open flame, imparting a notably smoky flavor to the resulting beer. It may not suit everyone’s taste, but if you like beer you should certainly give a few of them a try… there are different varieties within the range so if you don’t care for the first one you taste, maybe try a couple of others. I won’t lie, the first sip tasted a bit weird, but as I got used to the flavor I started to like it, and I’ll be trying more of them on my next visit! The Schlenkerla Brewery’s Rauchbier is arguably the most famous of the bunch, but numerous other breweries in town make their own versions. So, if you’re inclined you could go on a proper smoky beer pub crawl! 🍻 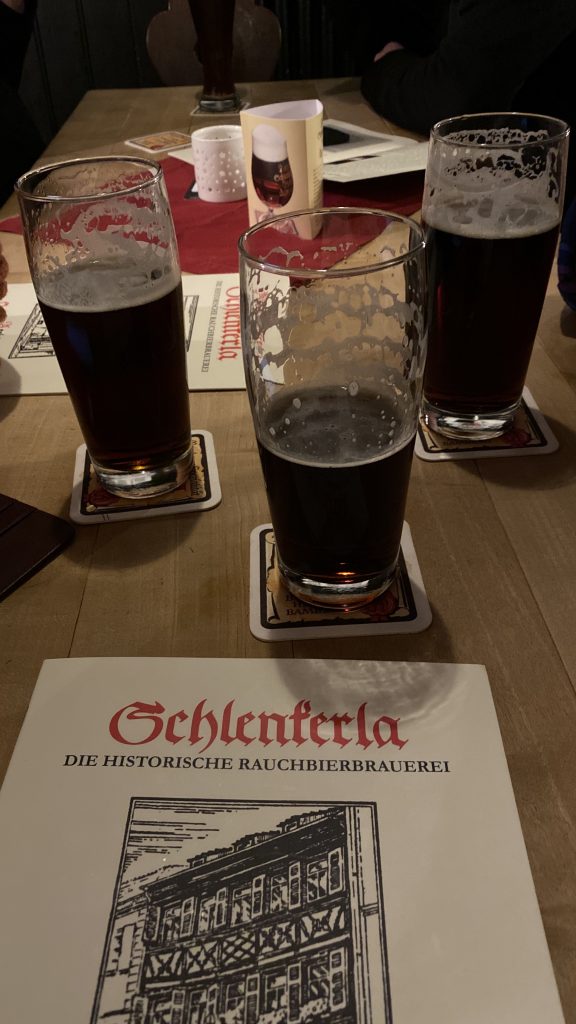 Given its extremely central location in Germany, Bamberg has excellent rail connections to other cities such as Nuremberg, Munich and even Berlin, and the train station’s proximity to the Altstadt make it a great place to visit by train. It is popular as a daytrip, but I’d recommend staying overnight if possible; the lights on buildings and along the river make the city especially charming at night, and less people around gives it a more peaceful feeling as well. 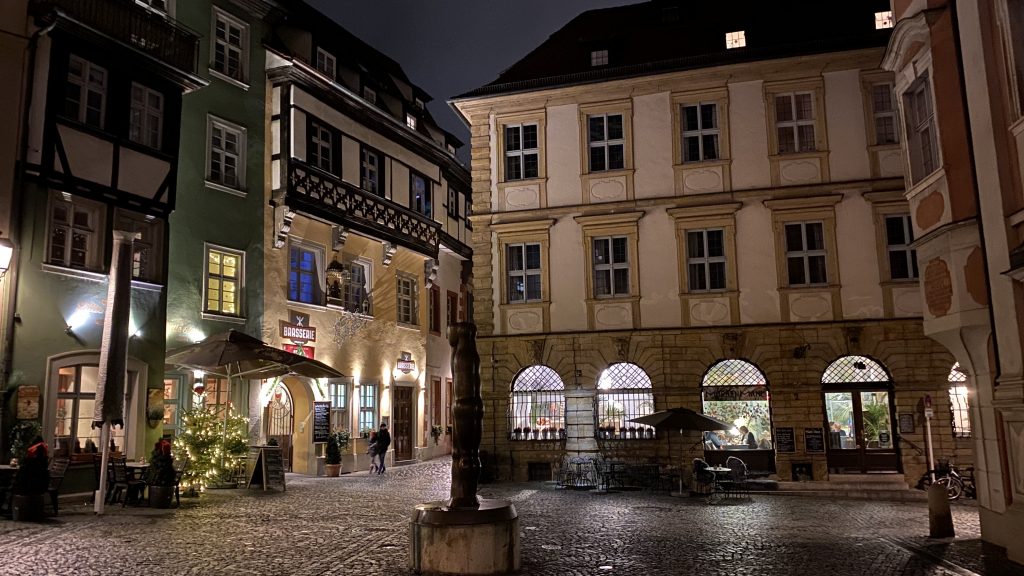 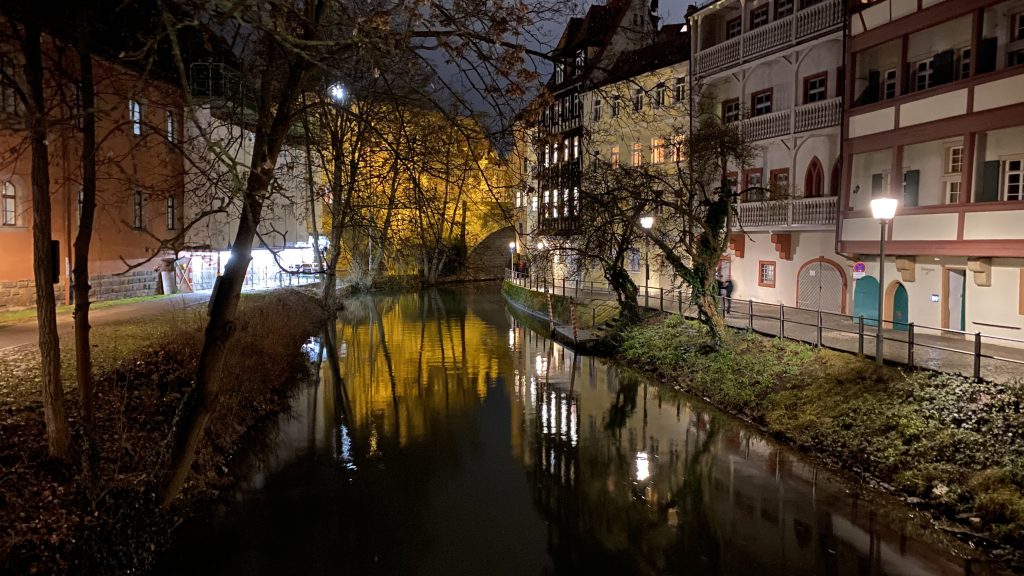 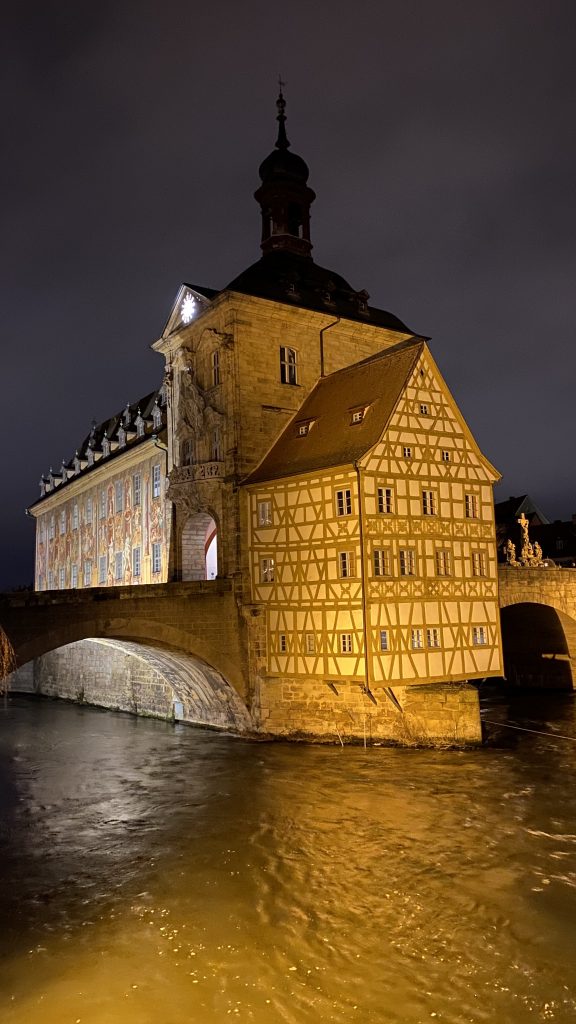 When it’s possible to do so, my plan is to do a multi-day bicycle trip through parts of Franconia, probably including a stop in Bamberg since it’s such a pretty place. Since my first visit was just after New Year’s it would also be great to enjoy it in warmer weather. Hopefully soon, cities such as Bamberg will be open for visitors again! 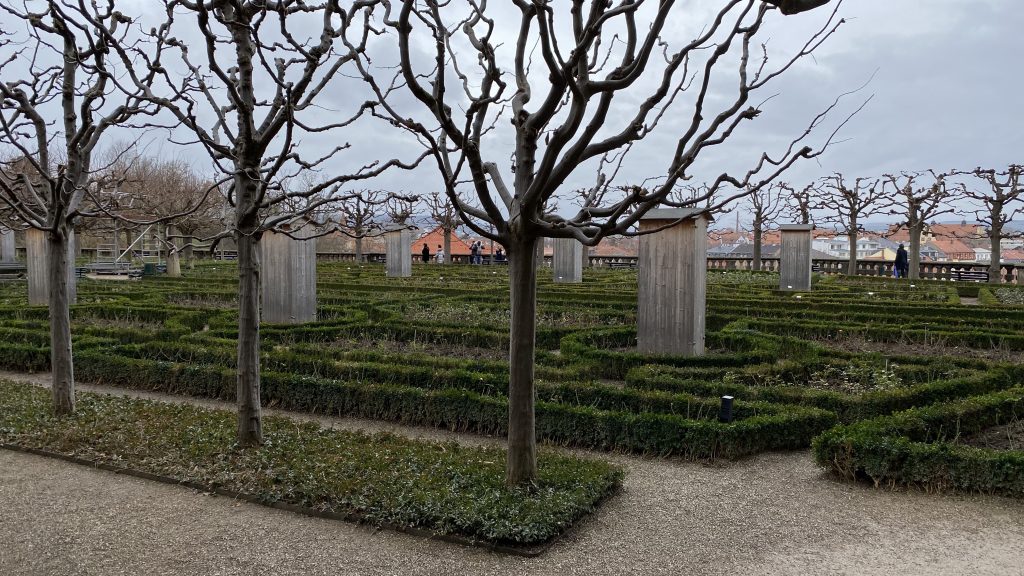 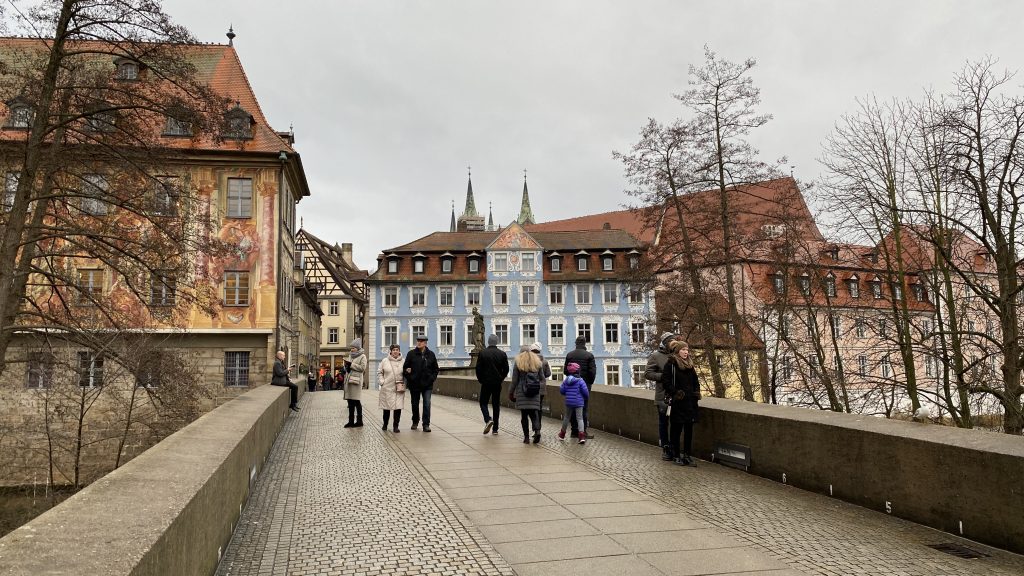 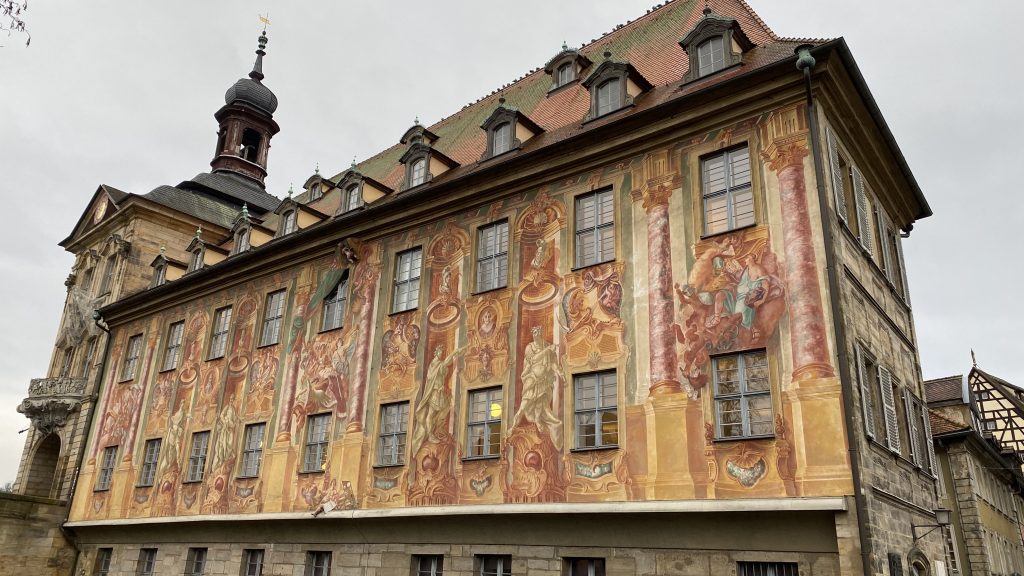 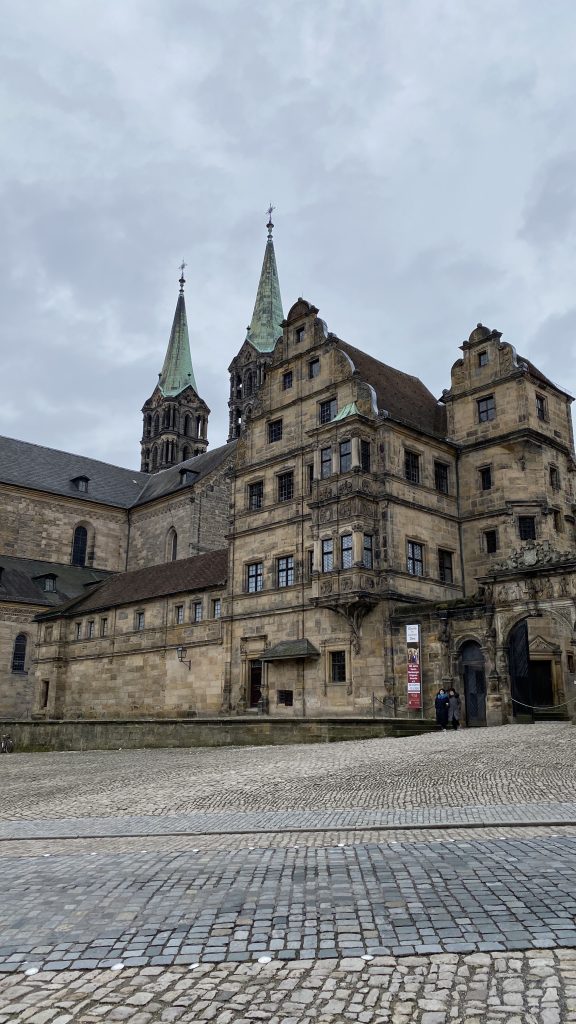