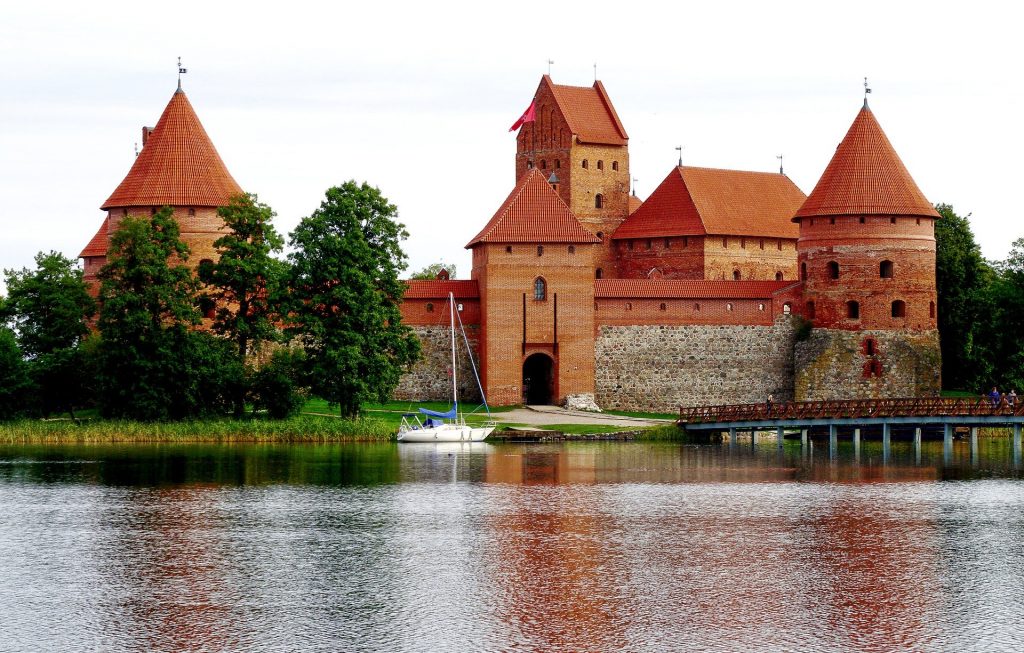 Looking for a European destination that offers a great combination of urban and natural attractions, with a rich cultural history but without so many tourists? Look no further than the small in size, big on charm Baltic nation of Lithuania!

Lithuania will appeal to:

Lithuania lies in northeastern Europe, on the shores of the Baltic Sea and bordering Latvia, Belarus, Poland and the Russian enclave of Kaliningrad. It has been settled by humans for about 11,000 years, and gradually developed into a flourishing society which, in the late 14th century, was one of the largest empires in Europe. The next several centuries saw present-day Lithuania under the influence or control of Swedish, Polish, Russian (Soviet) and German forces, until its ultimate independence in 1990.

Lithuania struggled economically and was plagued by corruption for the first ten years of its independence. Things were looking up in the early 2000’s as the country experienced a period of rapid growth, but then the global financial crisis of 2007-2008 hit the economy hard once again.

These challenges are part of the reason why Lithuania hasn’t been prominently featured on the international tourist map. The situation has improved significantly in the last years, however, and Lithuania is now classified as a high-income economy and is a full member of the EU. It has also used the Euro unit of currency since 2015, making it easier than ever for Eurozone visitors.

Basically, word is starting to get out that Lithuania is a great place to visit!

Lithuania’s capital, Vilnius, is located in the southeastern part of the country. Its Old Town is charming, compact (yet still the largest in Eastern Europe!) and full of authentic Baroque architecture. It’s been a UNESCO World Heritage Site since 1994. At the same time, Vilnius is a modern, forward-thinking city with cutting-edge nightlife and a thriving arts culture.

The country’s landscape is mostly flat, with lakes and forests covering much of the inland regions. The coastline is defined by the Curonian Spit, a 98-kilometer-long but very thin spit of land with large sand dunes that separate much of Lithuania’s mainland from the Baltic Sea. Interesting side note: the coastline is also well-known for its amber, which is fashioned into jewelry and other artistic creations, and sold throughout the area.

While the majority of the population lives in urban areas, access to nature is a cherished part of the culture. Lithuanians are true lovers of the outdoors!

When it comes to environmental sustainability, Lithuania definitely has some credibility. It ranked sixth worldwide in the most recent Climate Change Performance Index assessment. That said, despite the fact that about 1/3 of land is forested, Lithuania scores very low on the Forest Landscape Integrity Index. As is often the case, the overall environmental sustainability picture in Lithuania is a mixed bag.

The sand dunes of the Curionian Spit are also an area of concern. Deforestation as far back as the 16th century increased the danger of shifting sands, which have buried entire villages and forced the relocation of others. Recent efforts to reforest these areas have achieved some success, but the sand dunes continue to shift and shrink and are of great concern to conservationists. For this reason, it’s critical that visitors refrain from walking off designated paths or climbing the dunes outside of permitted zones.

Travelers who seek to support both the environment and the local economy can look into staying in so-called “homesteads”, rural properties usually maintained by families and offering an alternative to standard hotels. They also have the added benefit of being located in scenic and peaceful areas, where visitors can relax and enjoy the natural beauty of their surroundings.

If you enjoy spending time outdoors, you’ll find plenty to like in Lithuania! The proliferation of both forests and lakes (about 6,000 of ‘em!) make it a terrific destination for people who like walks in the woods and bike rides on relatively flat terrain. Numerous national parks and protected areas ensure that the rural atmosphere is well-maintained. The lakes are also great for swimming and water sports!

Along the Baltic coast, the sparsely populated Curonian Spit offers great opportunities for both hiking and cycling. In fact, the Euro Velo Baltic Sea long distance cycle route takes in the entire Curonian Spit. And there’s swimming too, of course: you might be surprised to hear that in the late summer months the sea temperature can rise above 20 C. Not exactly Mediterranean temperatures, but certainly fine for a cool plunge on a hot day!

Do you like potatoes, more specifically potato dumplings stuffed with meat, cheese or mushrooms and topped with a rich, buttery and creamy sauce, and sometimes bacon bits? If so, you should order ‘cepelinai’, and chances are you’ll enjoy a good bit of the rest of Lithuanian cuisine as well.

Meals are traditionally quite hearty, but also very seasonally focused. Think fresh berries in summertime and forest mushrooms in late summer and early autumn, yum! Soups of all kinds are also very popular, including a cold beetroot soup called (get ready, it’s a mouthful!) ‘šaltibarsčiai’. And finally, don’t forget rye bread, much loved and eaten throughout the Baltic region.

Meat and fish eaters (and to some degree vegetarians) will find plenty of options, but if you’re vegan or prefer to eat light then many of the traditional recipes perhaps won’t be to your liking. But don’t fret; up-and-coming Lithuanian chefs are reinventing the classics, adding a healthy and modern twist using fresh, local ingredients. International and fusion restaurants are also growing in popularity, so there is plenty of variety to satisfy a number of different tastes!

Lithuania also has a growing reputation for brewing beer, but its beer culture is anything but new. Farmhouse breweries whose recipes and brewing techniques go back centuries dot the countryside. Numerous younger craft breweries have also entered the scene, especially in Vilnius and Kaunas. The Lithuanian beer style is distinctive, particularly with regards to the malt flavor. This is not a place where you’ll find a lot of standard lagers and typical international craft ale styles, and in that sense it’s a great place to visit if you happen to be a beer aficionado.

Upscale Hotel Tip: Artagonist Art Hotel in Vilnius, is a small 12-room hotel right in the center of Old Town, on the cobblestoned Pilies Gatvė. Both the rooms and common areas are decorated with distinctive art pieces by various Lithuanian artists, and the rooms are quite modern and comfortable. Breakfast is available and highly rated.

Mid-Range Hotel Tip: The Memel Hotel in Klaipeda offers comfortable rooms and all the standard 3-star amenities in an attractive 19th century building, located next to the city’s main brewery and only a few hundred meters from the Old Town. A very good value for the money.

Restaurant Tip: Uoksas, in Kaunas, is a terrific example of the inventiveness finding its way into traditional Lithuanian cuisine. Their commitment to sustainability through the use of regional, seasonal ingredients is apparent in the constantly changing menu. Tasting menus (with or without wine pairings) are offered, and with a few guidelines to the chef a “surprise” dinner can be enjoyed for a reasonable price.

Getting there: Vilnius airport is connected to many European cities, but if you’re coming from outside Europe you’ll almost certainly need to layover in a major European airport such as Copenhagen or Frankfurt.

If you’re already in Europe, an alternative to flying is a ferry from another Baltic Sea location to Klaipeda. I found passenger/car ferries from Kiel, Germany and Karlshamm, Sweden.

Unfortunately, rail is only a viable overland option if you are arriving via Poland, as rail services between the Baltic nations are far from convenient. Buses or a car rental are a far better option in this case. Hopefully that will change.

When to go: unless you really enjoy the quiet of the offseason and don’t mind cold temperatures and long nights, April through October are the best months to visit. Lodgings can fill up in popular areas (beaches, lakes, etc.) in high summer, so plan ahead if you’re visiting then.

Roads in Lithuania are of good quality and signs easy to follow, so independent self-drive vacations can be a pleasant and flexible way to travel. Parking can be a challenge in the cities, however, so you might plan an itinerary to allow you to return an unneeded rental car.

Numerous tour operators also offer private or group tours, often combining Lithuania with Latvia and/or Estonia for an extended Baltic vacation. Plenty of options are available depending upon your preferences and budget.

The flat landscape and general bike-friendliness also makes it easy to tour Lithuania by bicycle, whether for a few hours or several days. Organized tours are available, or you can rent a bike and travel independently.

Thanks for reading, and happy travels!