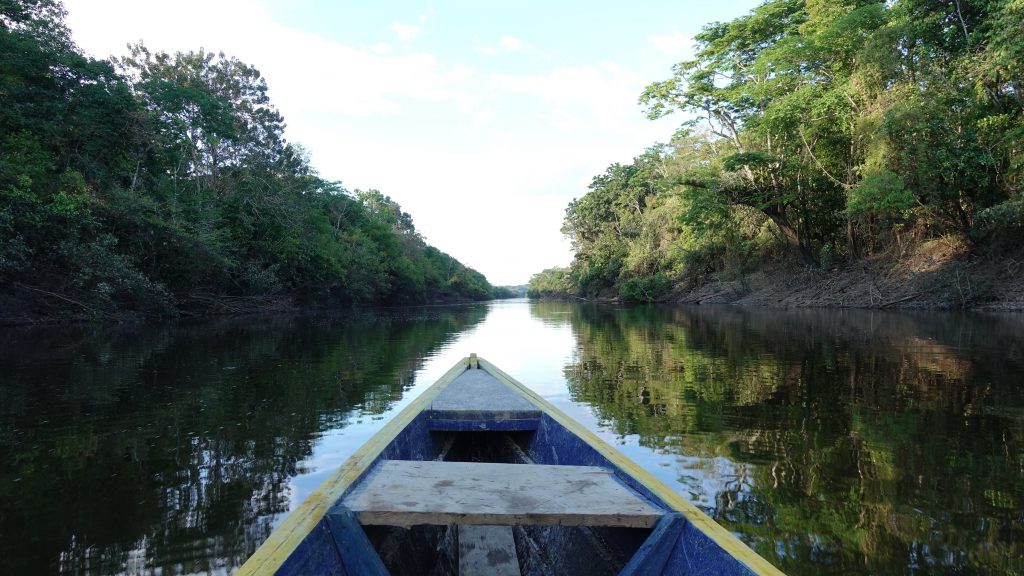 The Colombian Amazonas – Part 2 of 2

If you haven’t read Part 1 of this series yet, you can find it here.

The highlight of our visit to the Colombian Amazonas was our 3-night stay in this adorable little eco-village. Puerto Nariño is entirely free of motorized vehicles, with the exception of an ambulance and a small truck to pick up garbage and recycling. It’s incredibly clean, safe and friendly, and its inhabitants are overwhelmingly members of local indigenous communities (mostly Ticuna). The majority of businesses are run by locals, helping to ensure that money spent there directly benefits the community. 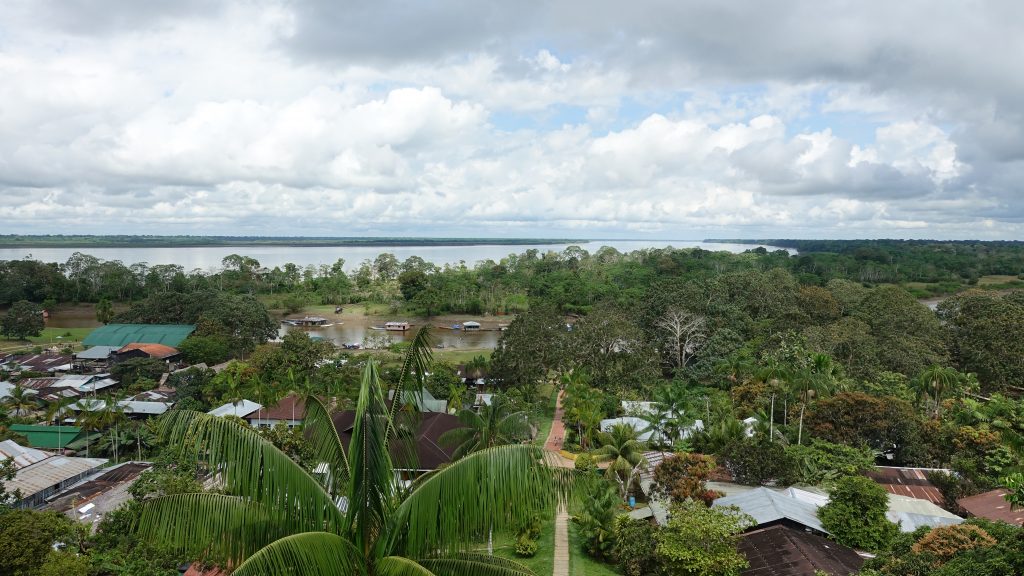 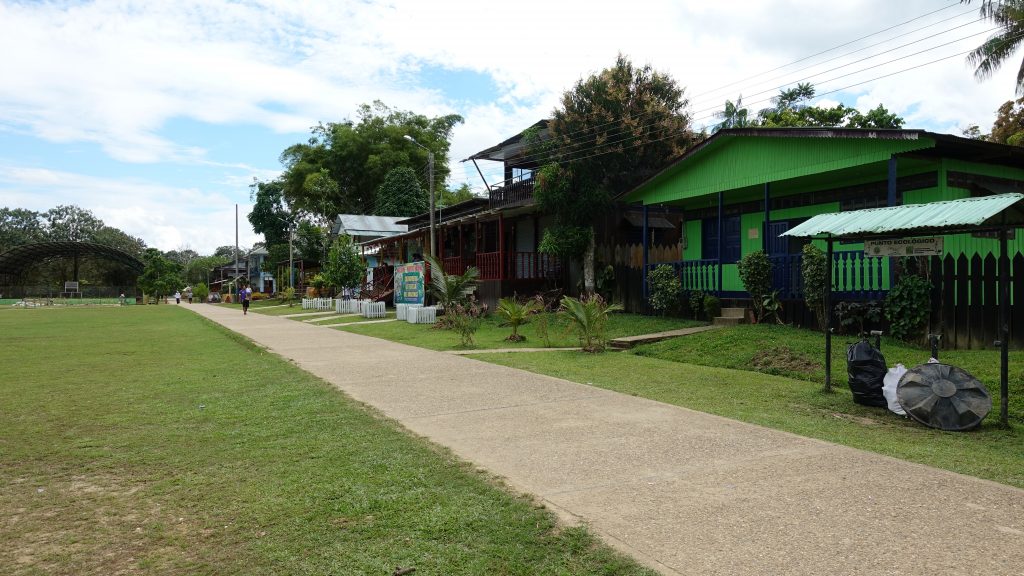 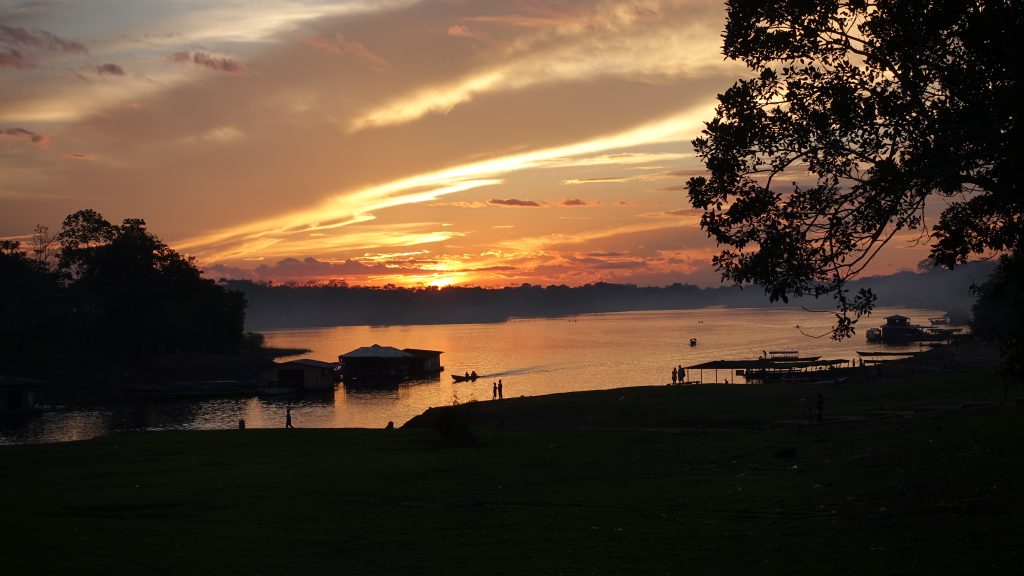 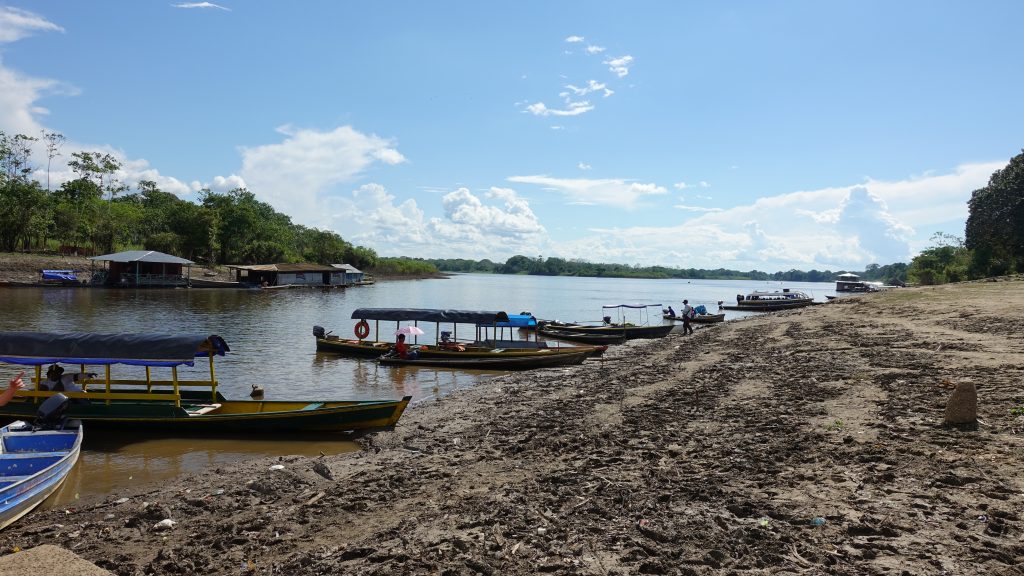 The village is ideally located, where a small tributary meets the Amazon and very close to the beautiful Lago Tarapoto. Although a lake by name, it’s fed by the river and is technically part of the Amazon. We went for a refreshing swim (and were nibbled on by what they told us were sardines and not piranhas, though I’m not sure if that was true!), so I can legitimately say I’ve swum in the Amazon!

As you’ll see in the photo below, we also made an unsuccessful attempt at fishing, doing it the old-fashioned way with sticks as poles. In case you’re wondering about the funny headgear – it was HOT and they were special damp “cooling” towels.

The lake (and the river itself) is also known for its pink Amazon dolphins. We did see several of them while we were there, but they really don’t jump out of the water and are therefore notoriously difficult to photograph. Suffice to say that I don’t have any images worth posting, sorry! 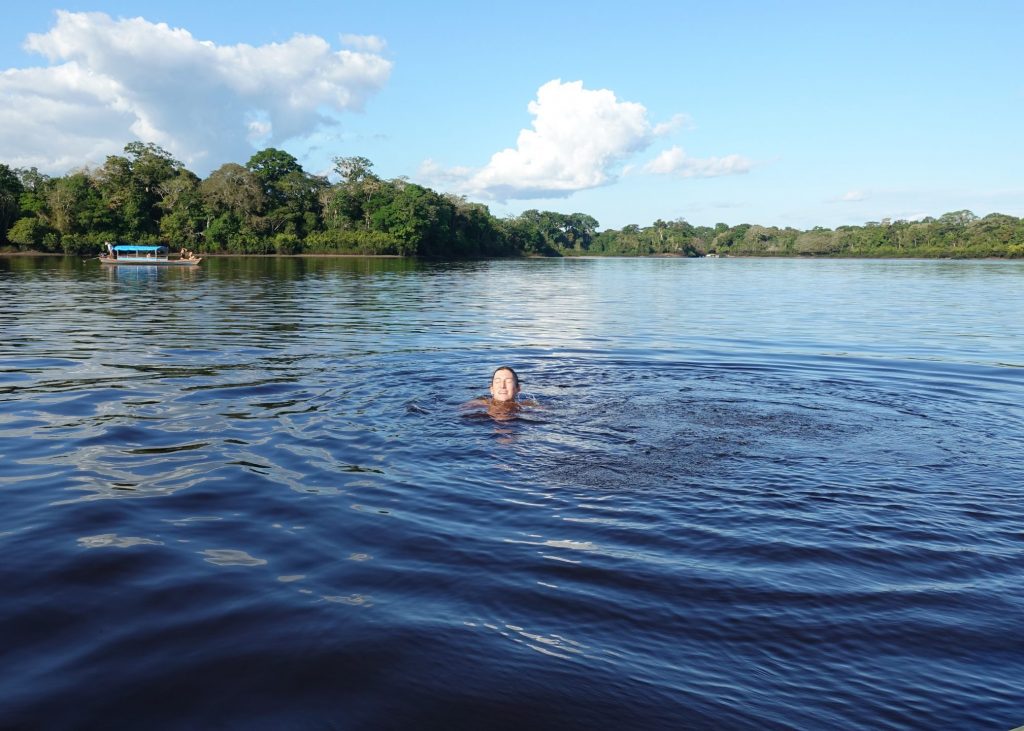 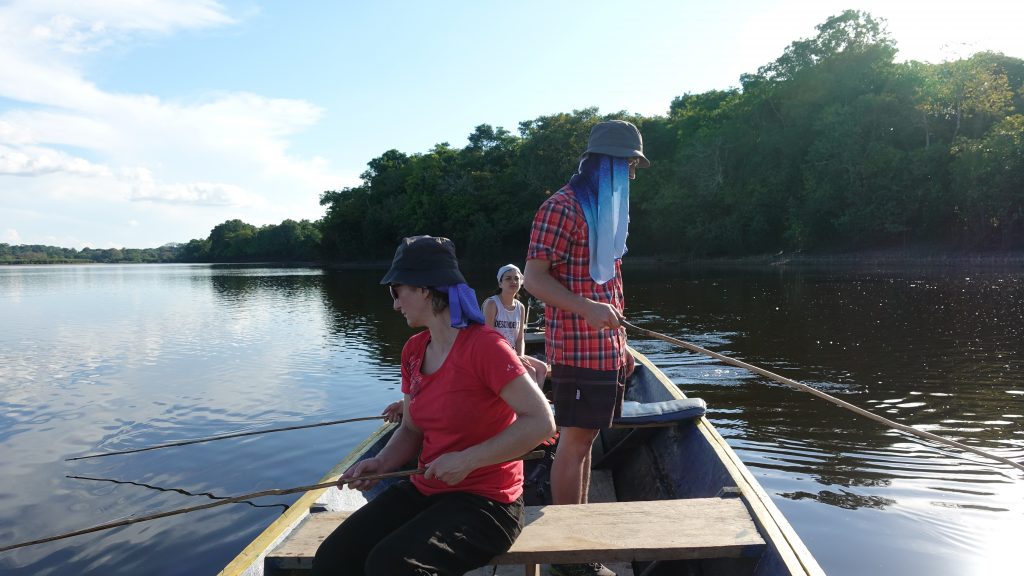 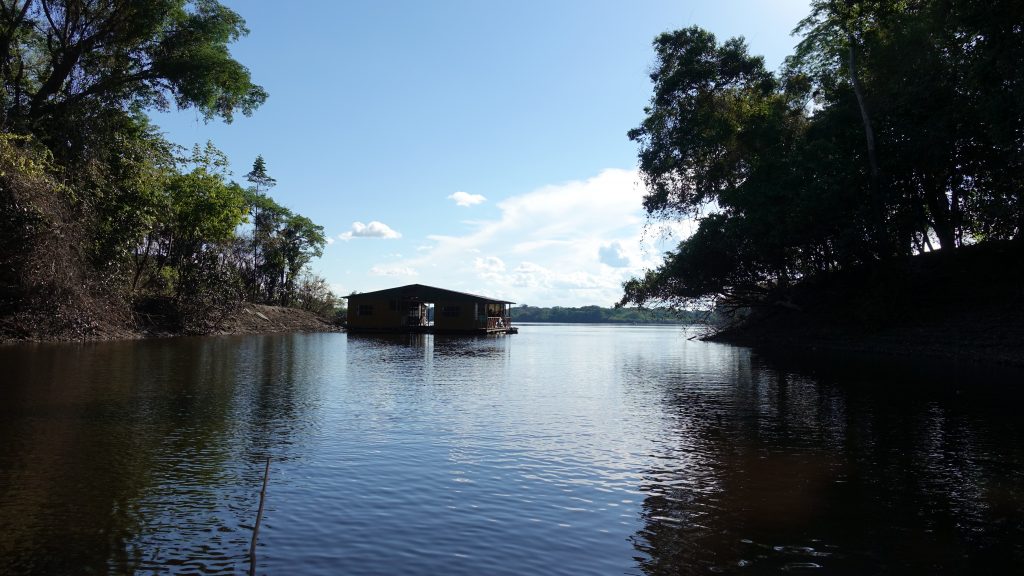 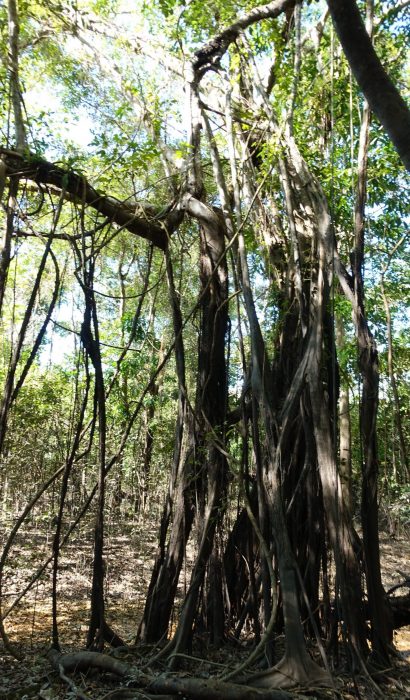 We also took a guided sunset/nighttime jungle walk with Ismael, one of our hosts and a member of the indigenous community. His knowledge of the jungle and its flora and fauna was impressive, and we got to see quite a few different critters including fish, reptiles, amphibians and the largest cockroach I’ve ever seen!

We had headlamps and a few flashlights along for after sunset, but apart from our artificial light the jungle was very, very dark! It was quite an experience. 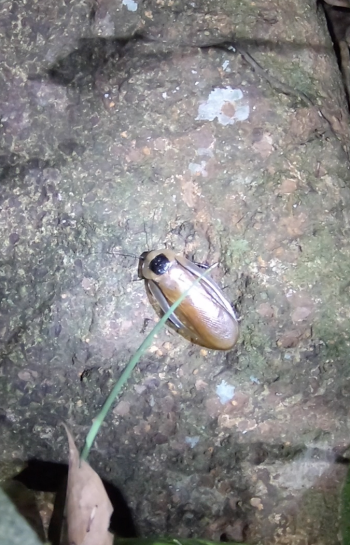 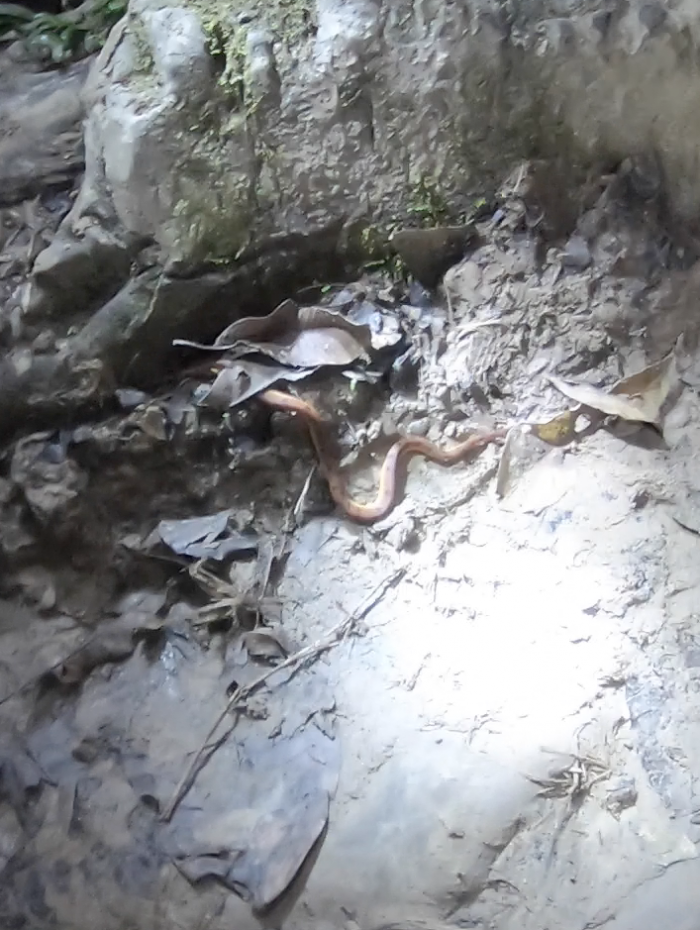 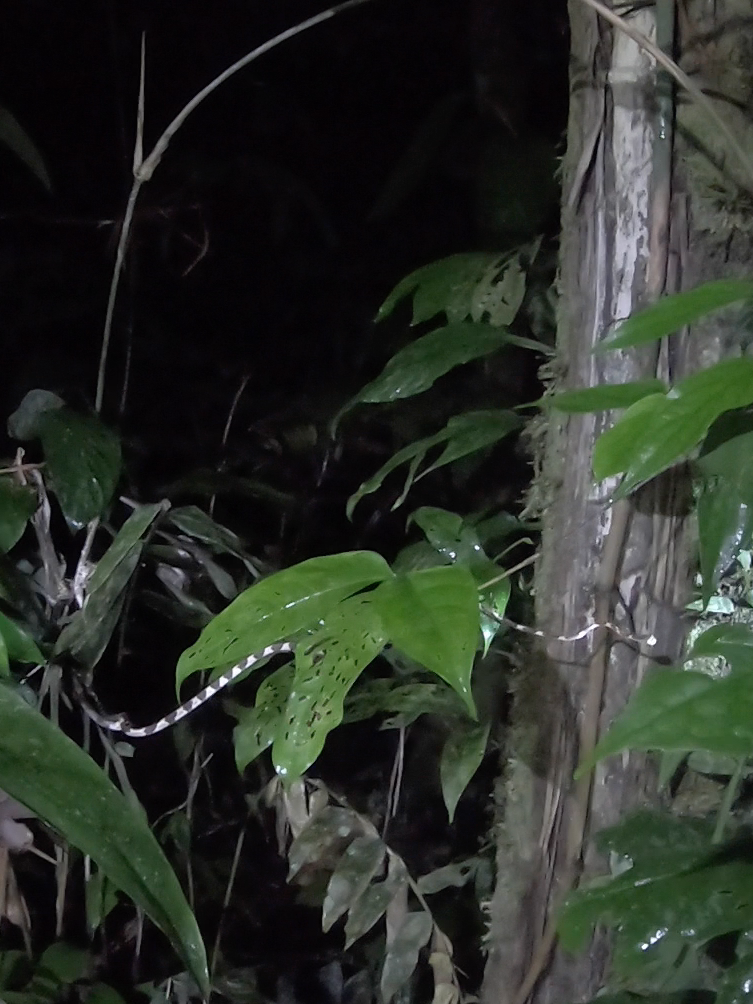 I should note that Puerto Nariño is not a luxurious place, and visitors should not expect all of the typical western ‘creature comforts’. For example, although the local food is very good and the fresh juices are terrific, there are few restaurants and the selection of food and drinks is limited. There was no air conditioning, in fact the town has only had round-the-clock electricity for a few years, and when I was there the very slow wi-fi was only available outside the town hall (leading to an interesting gathering of locals and visitors all standing around staring at their smartphones!). And finally, my lodging did not have hot water, though to be honest that was hardly an issue given how warm it is there. Despite usually having a strong preference for hot showers, I was actually thankful for the chance to cool off!

The point is, it’s important to keep in mind how isolated Puerto Nariño is, and simply go with the flow. I promise you, the experience of being in this unique place is more than worth the sacrifice of some minor luxuries for a few days.

During our stay in Puerto Nariño we also paid a visit to a nearby indigenous community called Loreto Mocagua, and a monkey rehabilitation facility just outside the community called the Fundación Maikuchiga.

First, the village of Loreto Mocagua. This was a really neat experience, especially because we got to spend time with the former leader of the community, who gave us quite a bit of insight into life there and how the community is structured. One of the most interesting things were the clans; there are various clans based upon different animals, and grouped according to ‘feathered’ (i.e, bird) or ‘non-feathered’. Families generally have their clan animal painted prominently and colorfully on their home, and individuals must marry outside their clan, which has served to avoid close family members marrying among the typically very small communities. 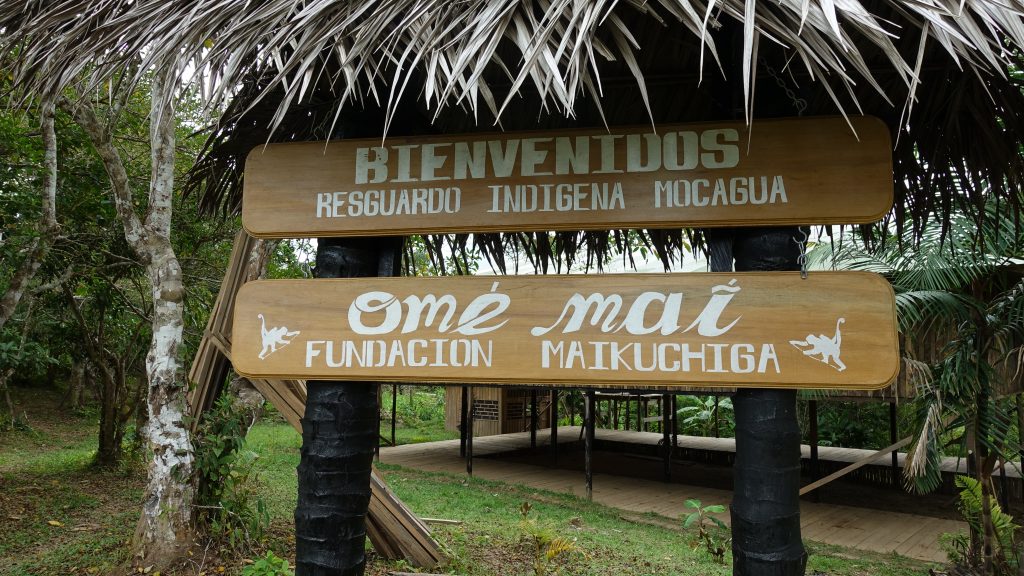 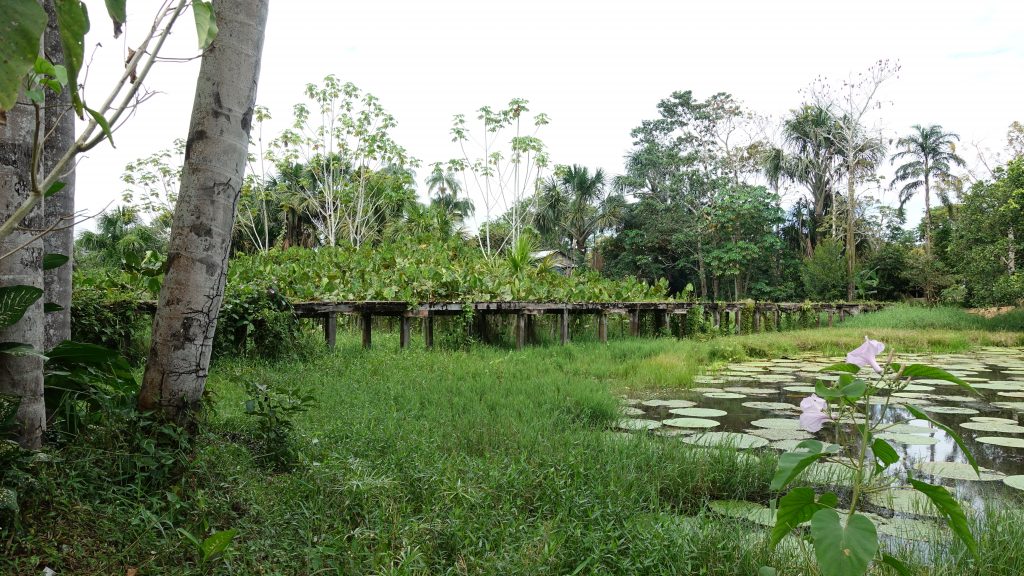 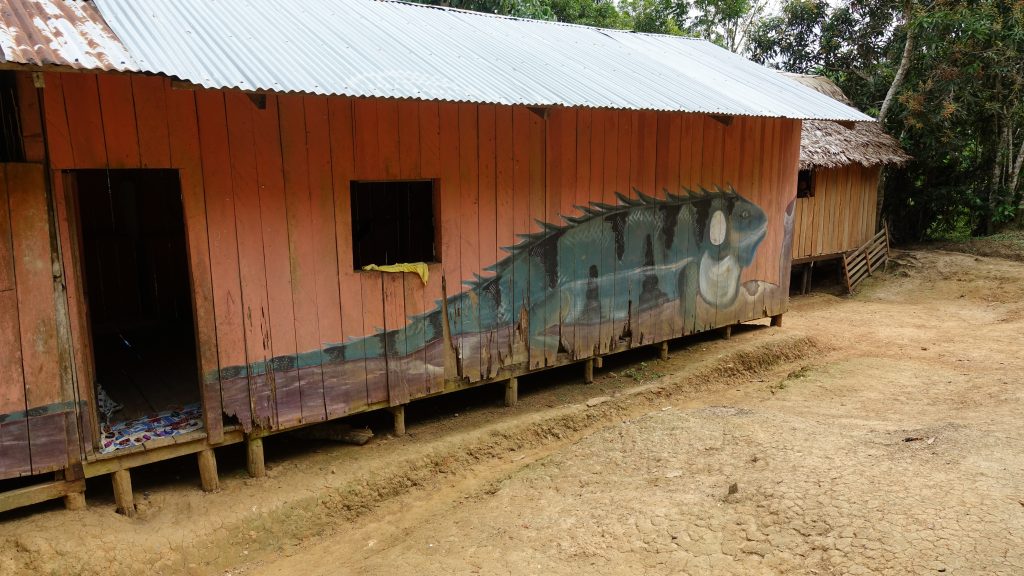 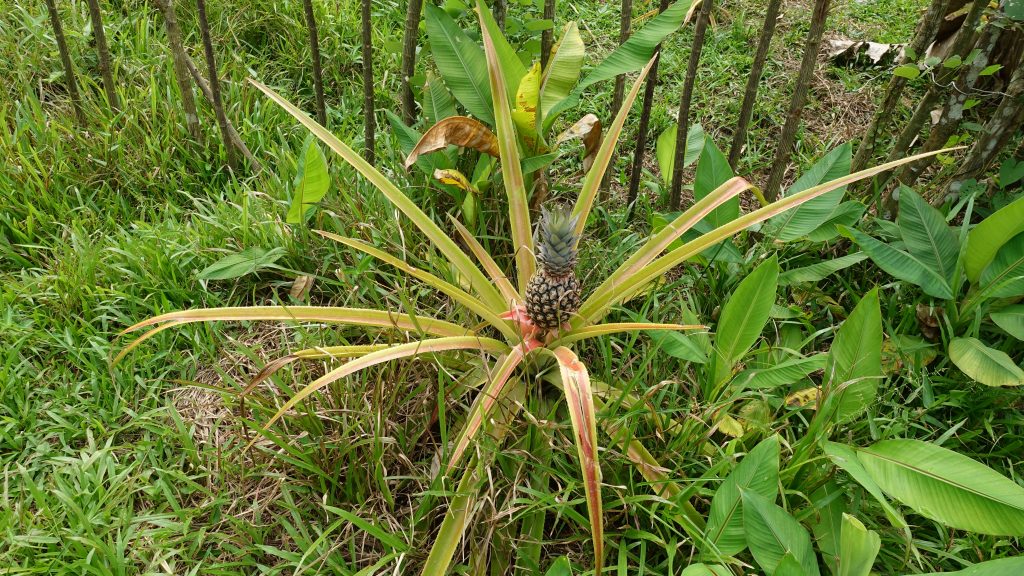 A short walk through the jungle from the village is the Fundación Maikuchiga, which rehabilitates numerous monkeys who were injured or rescued from trafficking situations. The monkeys seem to enjoy visitors, especially if they bring food (as we did thanks to our guide, who gave our younger son a cacao fruit as we were walking there), and a couple of particularly clever ones are able to open bags and are also known to steal various objects such as hats, sunglasses, etc., from unsuspecting tourists. Consider yourself warned!

As I said in Part 1 of this series, our visit to the Amazon basin was one of the top highlights of our 8 week trip to South America, and the village of Puerto Nariño and its surrounds were a big part of the reason why. In fact, while in Ecuador we did pay another visit to the basin, to the village of Misahuallí along the Río Napo (a tributary of the Amazon). We had a nice time and enjoyed a little whitewater rafting, but in terms of really experiencing the culture and environment of the Amazon, it paled in comparison. So, if you want to experience the “real” Amazon, you can’t go wrong with a visit to the Colombian Amazonas! 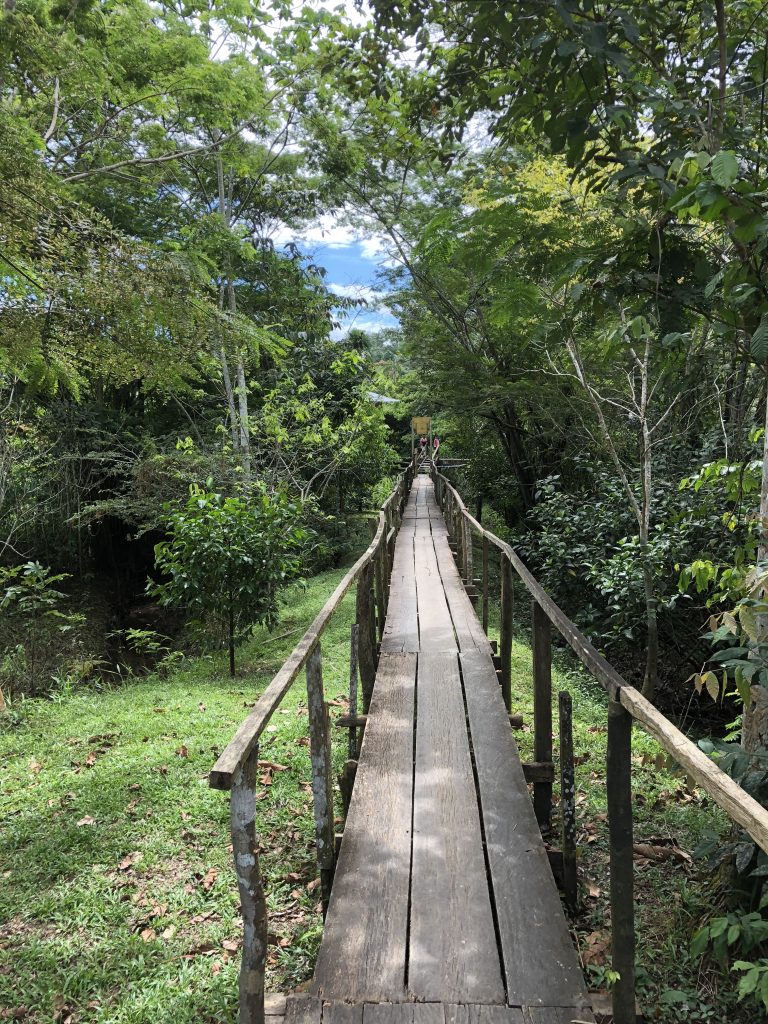 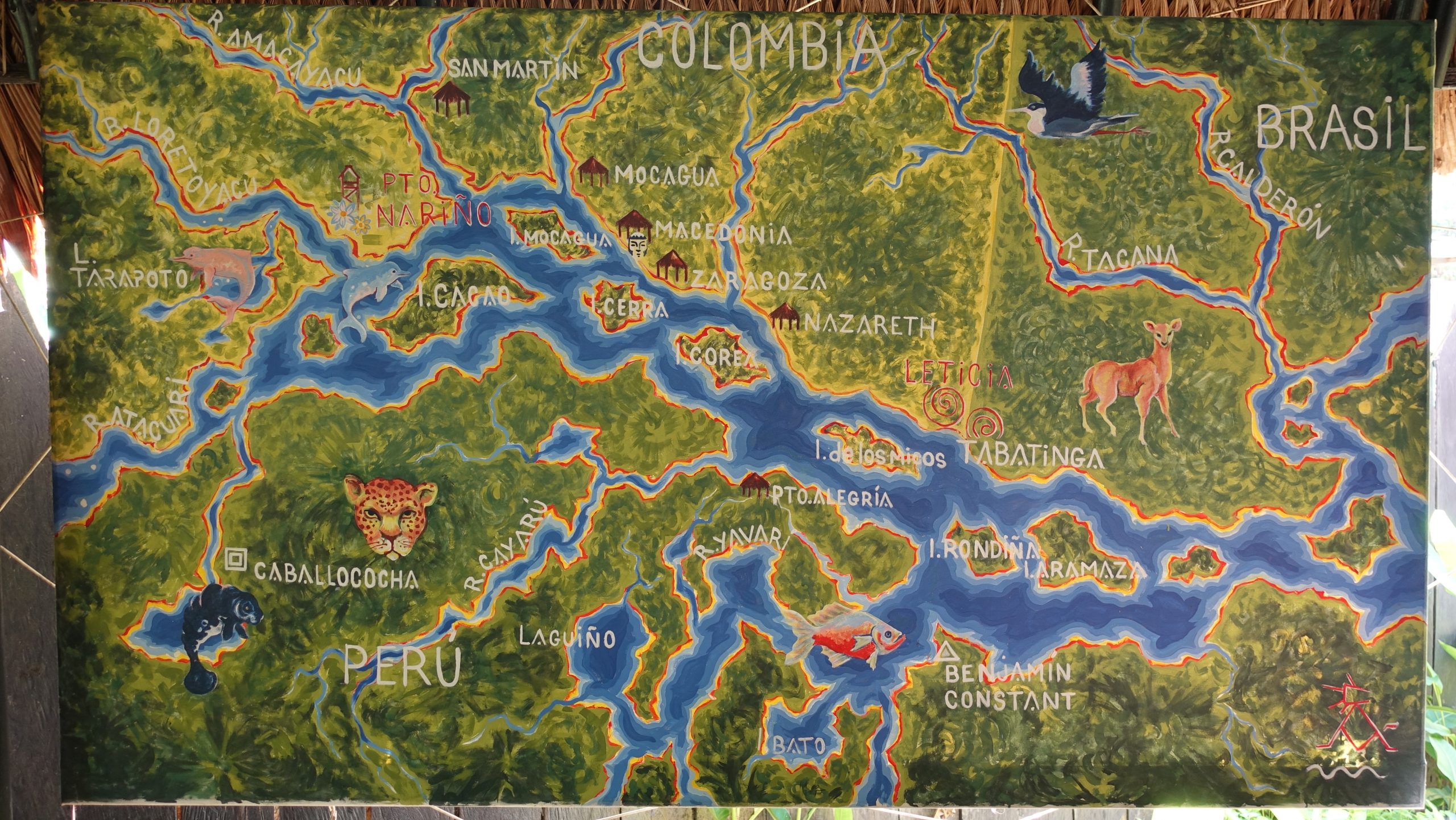