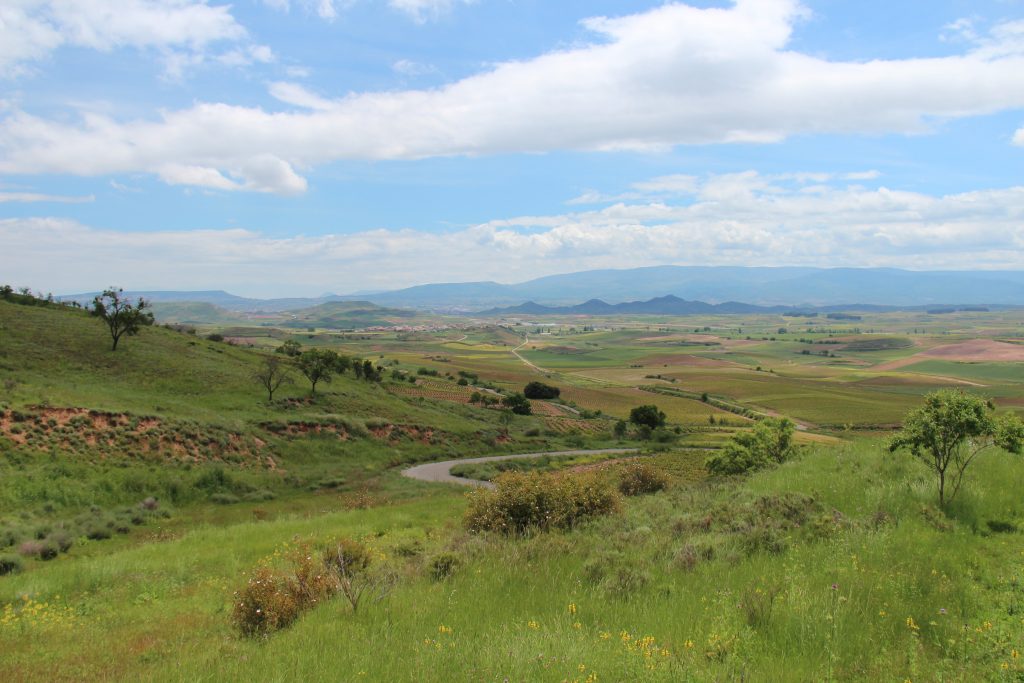 After a little creative pause (I got kinda busy with school, y’all, but more on that in another post!) the DOTM returns with July’s entry. So, let’s get on with it, shall we?

Do you like wine? I sure do, and some of my favorites come from the region that is this month’s destination: beautiful La Rioja, Spain! But there’s more to see and enjoy there than just vineyards and wine cellars – come along for a little virtual tour with me. J

La Rioja will appeal to:

La Rioja is a province in northcentral Spain, just over an hour’s drive south from the country’s northern Atlantic coast. Parts of the province are flat, but mostly it’s covered in rolling hills and low mountains. And in contrast to the wetter Basque coastal region to the north, the mountains block much of the precipitation and make the region somewhat arid, particularly in the summer months.

Besides the many, many wineries – over 500! – La Rioja has some very old towns and cities with interesting architecture. It’s also along one of the most famous stretches of the ‘El Camino de Santiago’ (English: ‘Way of Saint James’), a traditional route of pilgrimage leading to the cathedral of Santiago de Compostela – but these days it’s just as much (if not more so) a popular long-distance hike as it is a pilgrimage.

As far as the wines are concerned, red reigns. La Rioja is known particularly for tempranillo, a fruity, tannic red. Rioja wine is also known for its good price/quality ratio, making it a great choice if you want great-tasting wine that won’t blow your budget!

Finally, a quick word about white wine – La Rioja isn’t known for it, but the nearby northern coast is (particularly their local varietal, Txakoli), so you can easily combine the two regions into one trip and enjoy both reds and whites as well as a variety of landscapes. In fact, I recommend you also not miss Spain’s Basque region – it has a totally different feel to it, and the coastline is really beautiful! 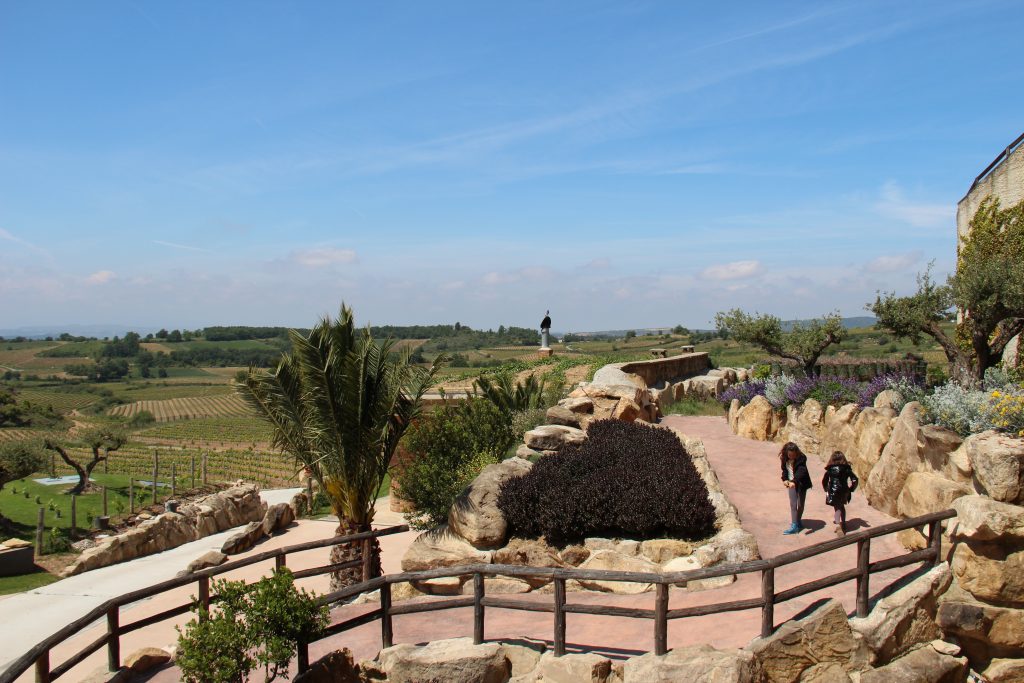 First, let’s talk wine, shall we? La Rioja has a number of wineries that have accomplished groundbreaking sustainability initiatives. One example is Beronia (www.beronia.com), which has earned both LEED (Leader in Energy Efficient and Sustainable Design) status and the Wineries for Climate Protection certification. They’ve also made use of geothermal energy and ‘Cleanwood’ disinfection technology to reduce their standard energy consumption. All of these efforts have made them among the most sustainable wineries in all of Europe.

La Rioja’s sustainability initiatives don’t stop with wine, however. A few years ago, the Alavesa subregion was awarded UNESCO’s Biosphere Responsible Tourism certification, which has criteria covering everything from resource efficiency and environmental protection to social inclusiveness and protection of cultural heritage. 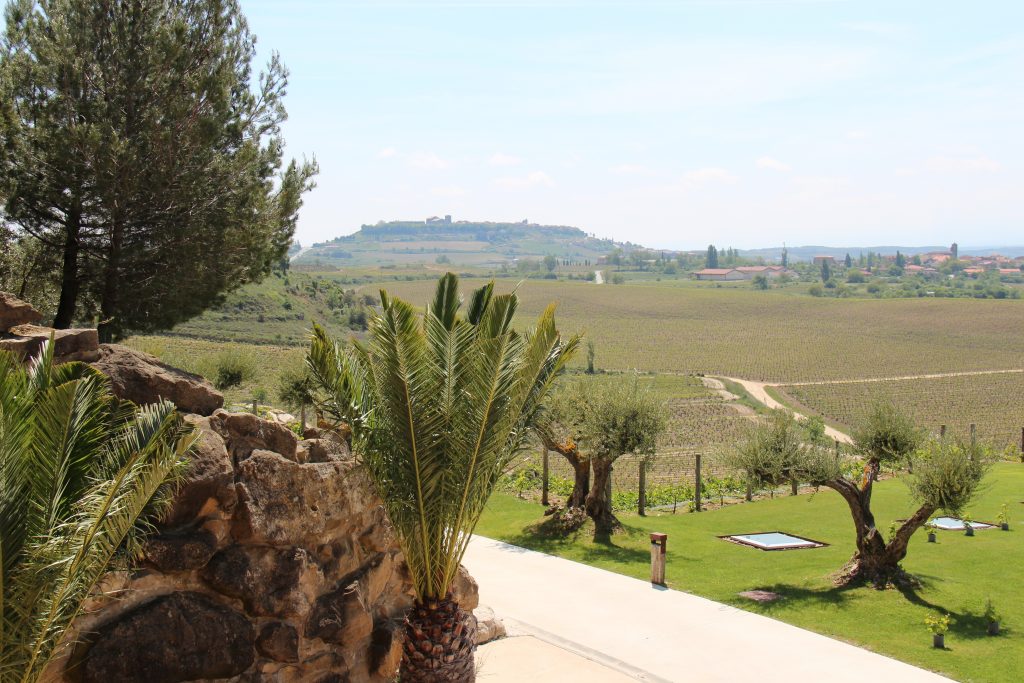 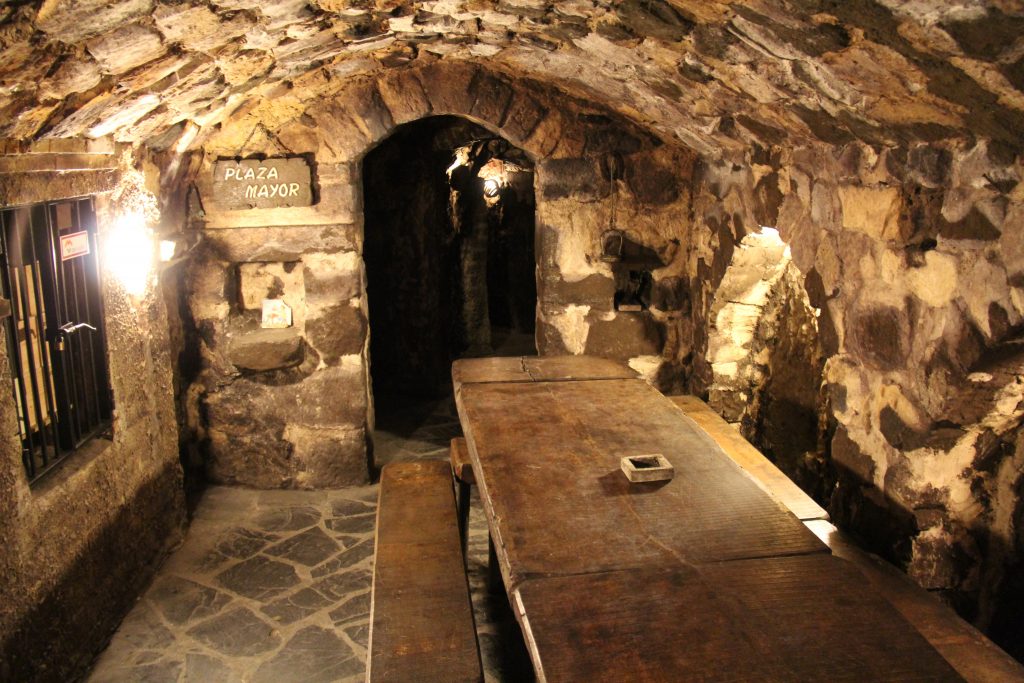 Besides the obvious winery visits and tasting tours, the beauty of the region beckons to hikers, with its several nature and biosphere reserves, and of course the aforementioned Camino de Santiago. These days it’s just as much a prized long-distance hike as it is a pilgrimage, given that it passes through many beautiful towns and villages such as the lovely Santo Domingo de la Calzada.

Like many wine regions, La Rioja is also known for great food, including that most Spanish of treats, tapas or pintxos (sometimes spelled pinchos). The regional capital of Logroño is known for its cluster of taperías, each specializing in its own specific tapa…wine bar and tapas crawl, anyone? 😊

While I didn’t have a chance to try this on my visit there, based on the numerous bicycle tours available the area is also great for bike rides through the countryside, passing between wineries and villages while taking in the natural scenery.

Finally, I would be remiss to not mention some of the incredible architecture of the area. In addition to some lovely traditional towns, there’s also some seriously wild modern buildings to take in, the most famous of which is without a doubt the Marqués de Riscal winery designed by renowned architect Frank Gehry. 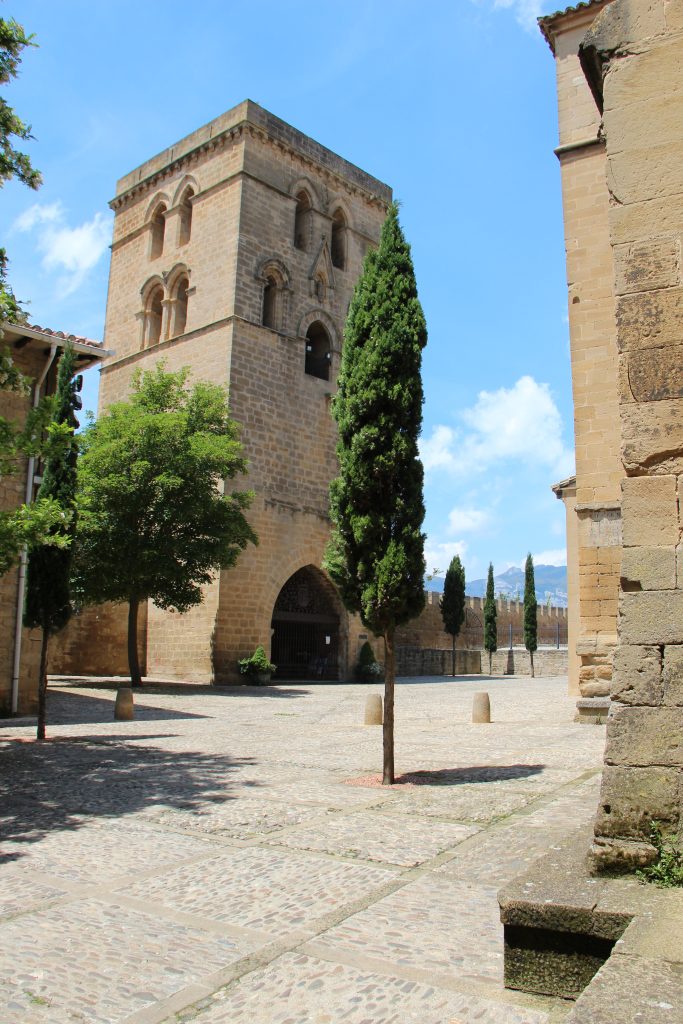 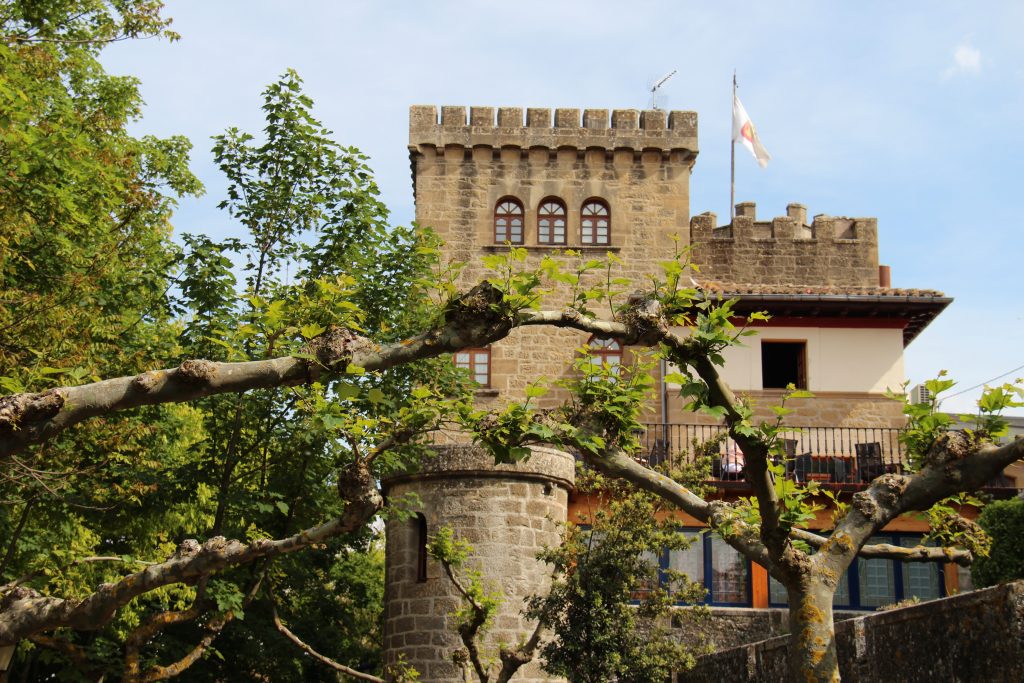 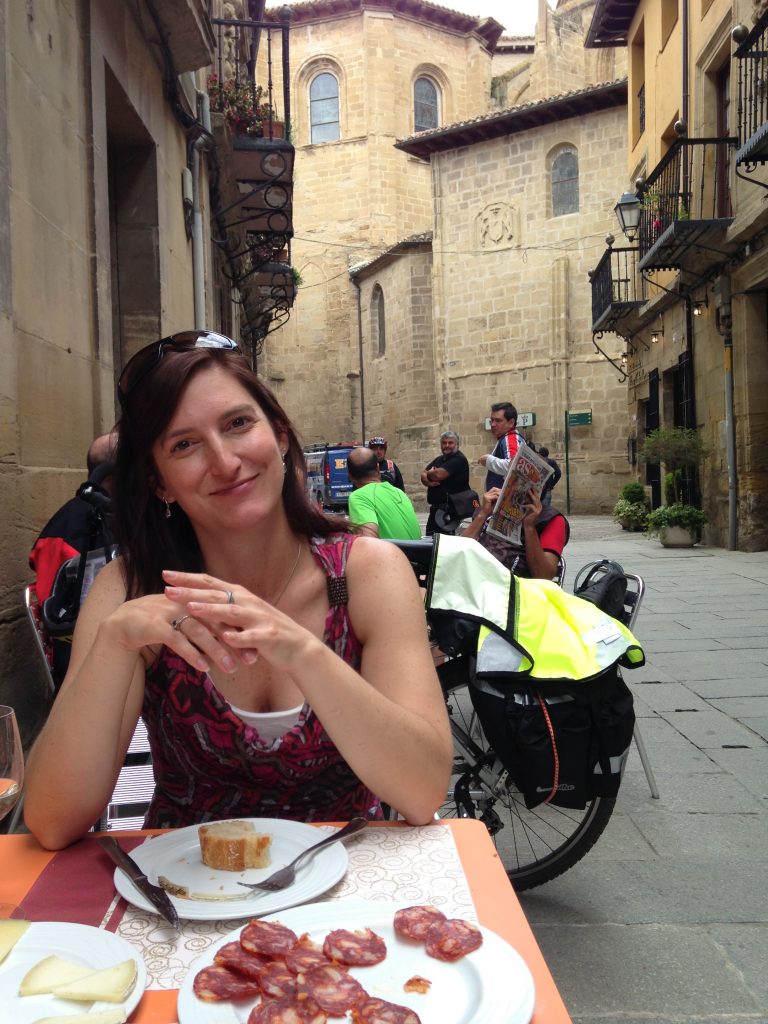 Mid-range Lodging Tip: the Hotel Villa de Ábalos, in the village of Ábalos, is in that ‘sweet spot’, where it offers comfort and sophistication at a price that won’t break the bank. It’s in a beautiful old stone building, fully restored and modernized with spacious rooms and beautifully decorated common area, and has a restaurant, gastrobar and even their own wines! The village itself is also quaint and well-location for exploring the surrounding area, and several wineries within or just outside town beckon you to slow down and just enjoy the lovely surroundings.

Winery Tip: Also just outside the village of Ábalos, Bodega Puelles is a small, family run winery with (of course) great wines, but also a relaxed atmosphere and incredibly friendly hosts. They also have airy rooms available, and a swimming pool onsite.

Off-the-beaten-track Village Tip: San Vicente de la Sonsierra charms with its 10th century hilltop castle and church complex, medieval bridge over the Ebro River below, and incredibly quaint village hugging the hillside. And of course, wineries! I count over a dozen of them in or in the immediate surrounds of the village. 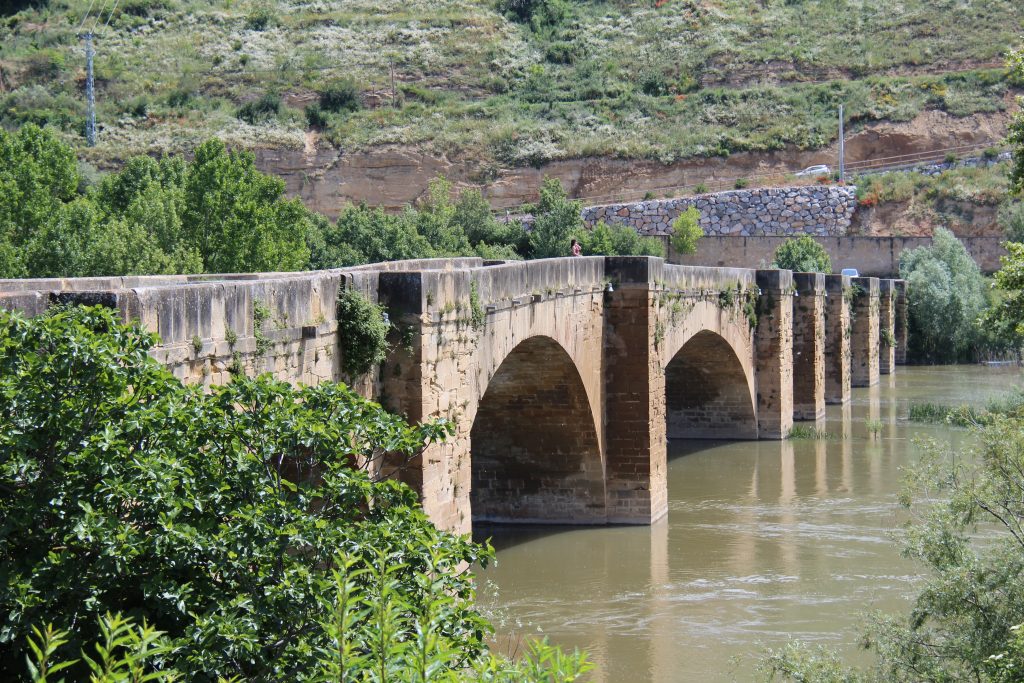 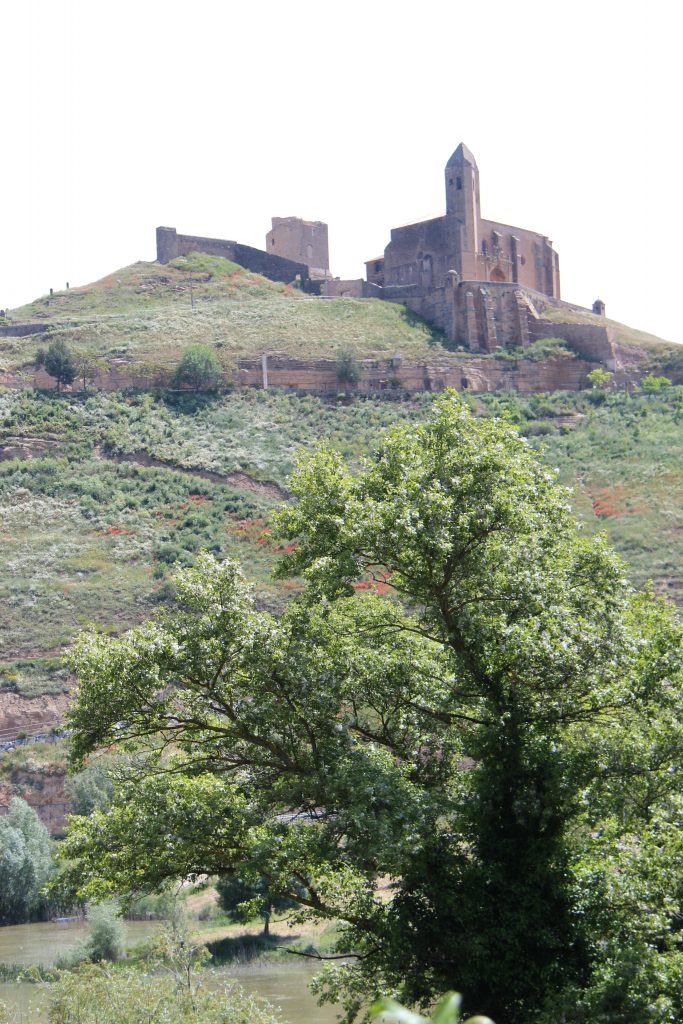 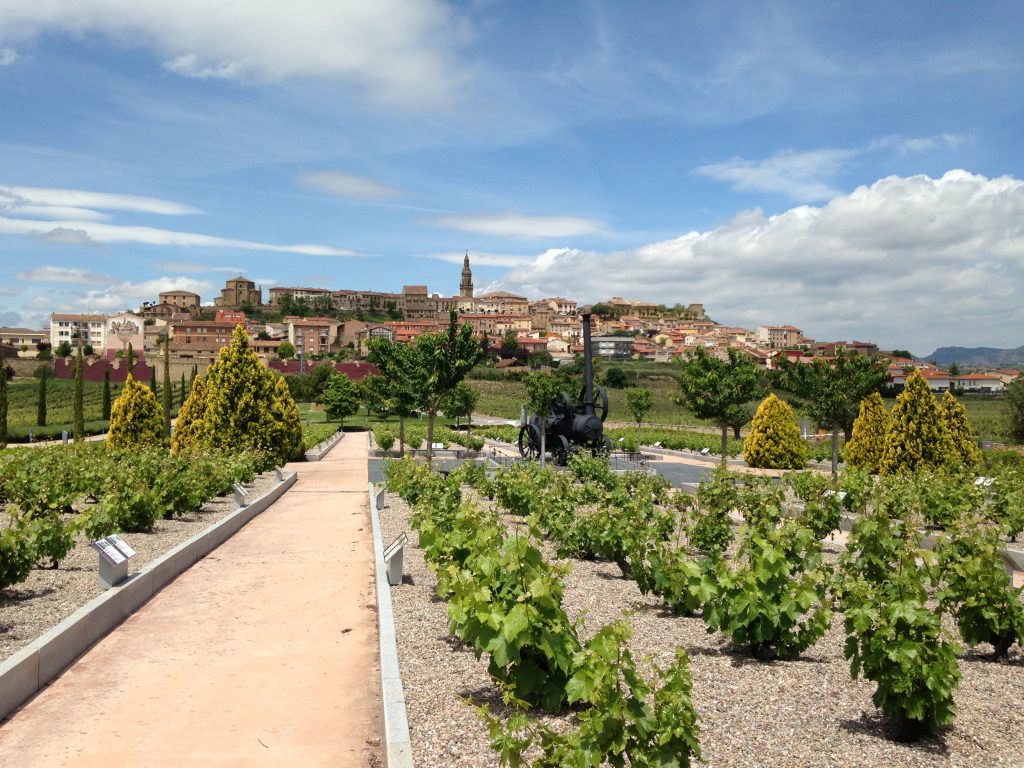 Getting there: The nearest larger airport is in Bilbao, which as I said before, makes La Rioja a great destination to combine with a visit to the beautiful northern coast of the Basque region. (Come to think of it, I maybe need to feature that area in a future post! J) Logroño also has good train connections to Bilbao, Barcelona and Madrid, and several long-distance bus lines pass through the area as well.

Getting around: La Rioja is easily explored by car, but you needn’t have four wheels in order to enjoy its charms. Local buses, a bicycle and even your own two feet are more than enough to make your way through the region. In fact, this is a terrific place to engage in ‘slow travel’, just taking in the relaxed atmosphere and slower pace of life and recharging your batteries! In this age of high stress, fast-paced living, doesn’t that sound nice?

When to go: La Rioja is pretty much a year-round destination; I was there in June and it was lovely. That said, it’s one of the coolest areas of Spain and winters are a bit rainier and can bring below freezing temperatures at night. Summers can be hot but are not humid, and spring and autumn offer something in between. Basically, if you’re prepared for the weather of the season it can be a great destination anytime!

That’s it for this time; thanks for reading! 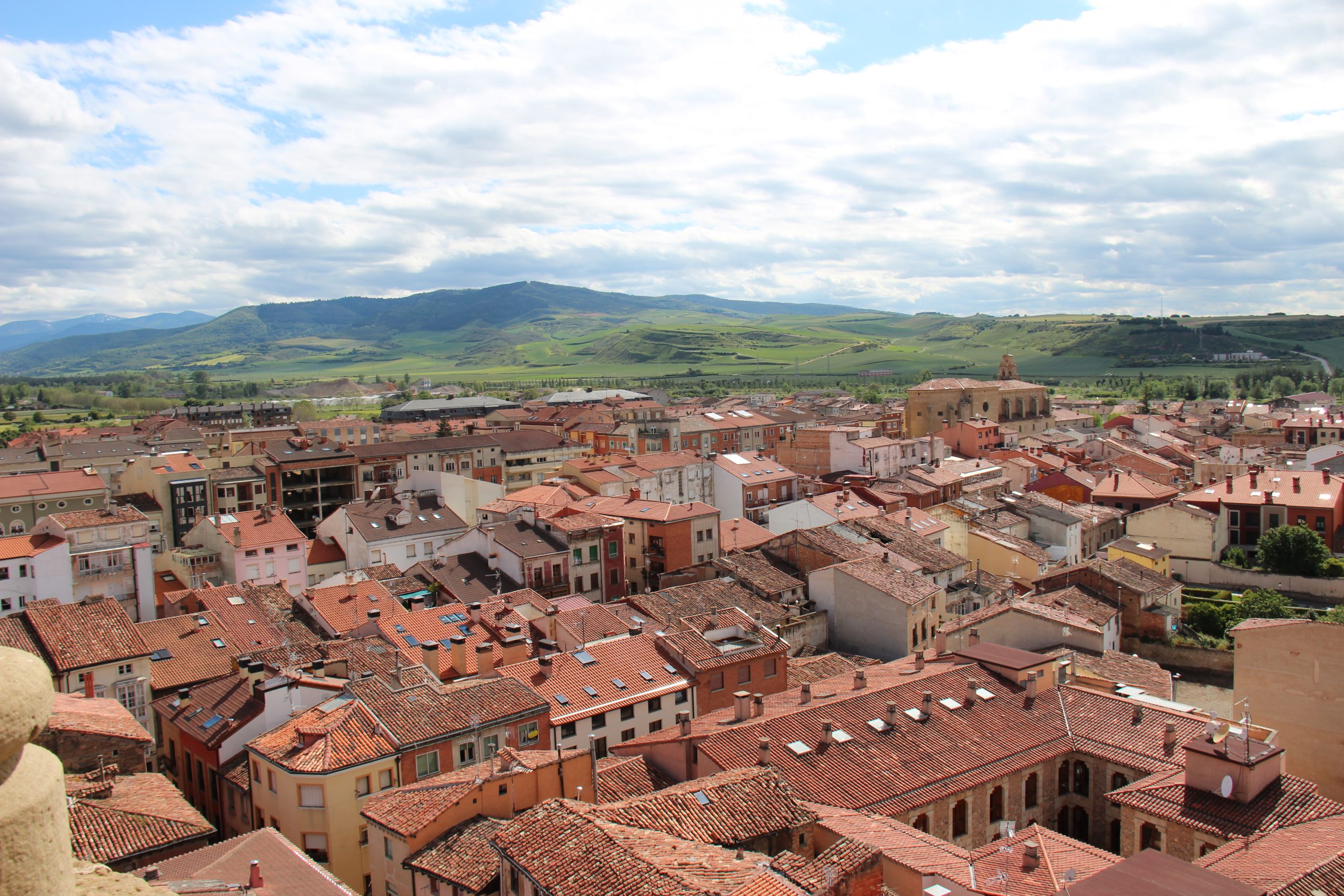